Burger chains such as McDonald’s, Burger King and KFC enjoy a unique fan following across the world. Their quick food is appreciated by many, but also receives its own share of complaints from customers. While many ask for their favourite items to be returned on the menu, others raise concerns about the food and drinks. The Kentucky Fried Chicken (KFC) outlet in Exeter, England, was taken by surprise when a visiting couple had an unusual complaint. Vanessa Hensley and her partner Aaron Sainin complained about vegetarian and vegan items missing from the menu at Kentucky Fried Chicken (KFC).

According to Devon Live, the woman felt ‘discriminated’ after she was told there was no meat-free meals at KFC. Vanessa follows the Pescatarian diet, which is a plant-based diet with seafood as the main source of protein. She was looking forward to trying the vegetarian burger or veggie rice box at KFC; however, she was told by staff that the plant-based item had been discontinued on their menu. Take a look:

The screengrab of the news was shared on the Reddit page r/MurderedByWords by u/flopsychops. It received nearly 62.2k upvotes and approximately 1k comments. Reddit users were in splits about the bizarre complaint at a fast food joint that largely has chicken and meat-based options. A user hilariously asked, “She does know what C stands for, right?” Another one commented, “She just wanted her chickenless chicken.” A user also paraphrased an imaginary conversation between the server and the vegan customer at KFC, “What’s the healthiest thing on the menu? Leaving. That’s the healthiest thing.”

(Also Read: This Woman’s Viral Confession Will Change The Way You Look At KFC, Forever!) 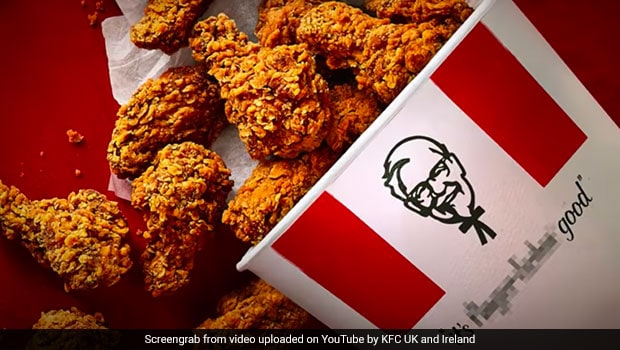 KFC is known for its chicken preparations.

A few others, however, could relate to the struggle of finding vegetarian or vegan food at fast food outlets. “Honestly as someone who doesn’t eat meat, KFC is nowhere near my radar when it comes to fast food,” admitted one user. Others also suggested options and ideas that KFC could include in their menu, “People mostly like KFC for the breading. I’d eat some KFC breaded cauliflower or something.”

What did you think of the woman’s complaint? Was her demand justified? Tell us what you think in the comments below!