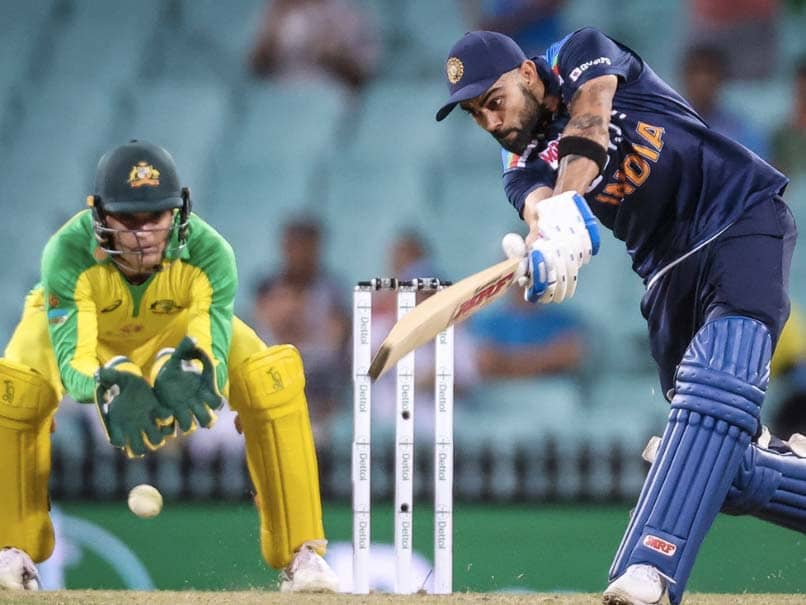 Virat Kohli scored 89 runs off 87 deliveries in the second ODI against Australia in Sydney.© AFP


Virat Kohli went past 22,000 international runs as he scored his 59th One-Day International (ODI) half-century in the second game of the three-match series in Sydney on Sunday. Kohli smashed 89 runs off 87 deliveries at the Sydney Cricket Ground in an innings that comprised of seven boundaries and two maximums. The International Cricket Council took to Twitter to post a picture of the Indian skipper and asked fans to come up with up with one word description for Kohli. England women’s cricketer Alexandra Hartley called Kohli a “freak”.

The milestone came for Kohli in his 250th ODI game for the country but unfortunately for him, it came in a losing cause as India fell 51 runs short of the target.

Earlier, Australia captain Aaron Finch, after winning the toss and opting to bat, got his side off to a good start and put on 142-run stand for the first wicket with David Warner.

Both batsmen scored half-centuries. Mohammed Shami removed Finch for 60 while Warner’s innings ended thanks to a direct hit from Shreyas Iyer.

Steve Smith continued from where he left in the first ODI and slammed another century against India.

A late cameo from Glenn Maxwell saw Australia post an imposing total of 389 for four from their 50 overs.

In reply, India got off to a poor start as they lost Mayank Agarwal in the 8th over. Pat Cummins accounted for him.

Josh Hazlewood then sent back Shikhar Dhawan for 30.

Shreyas Iyer joined Kohli in the middle and steadied the ship for the visitors.

KL Rahul then kept the hopes alive and brought up his half-century but in a bid to keep up with the required run-rate, he perished for 76.