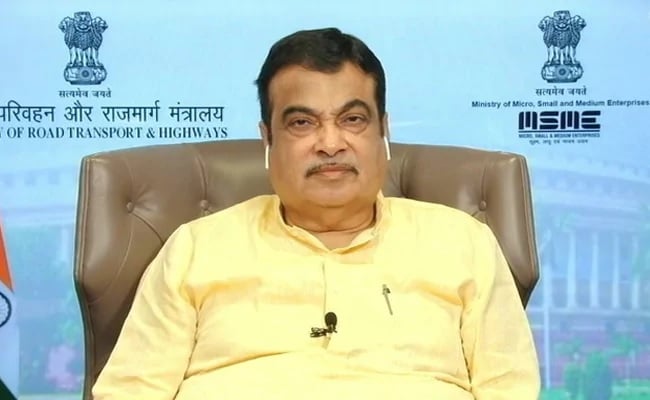 The incident in which West Bengal Chief Minister Mamata Banerjee suffered injury was an “accident” and it should not be politicised, said Union Minister Nitin Gadkari on Monday, adding that such controversies ruin the atmosphere of the elections.

Mr Gadkari also termed the accident “unfortunate” and said we should not tarnish polls.

“Polls further dignify our democratic traditions. We shouldn’t tarnish polls. What happened with Mamata Banerjee was an accident, everyone says it. This should not be politicised. She and we are going to the people’s court. One should go ahead by accepting the decision,” Mr Gadkari told ANI.

“The BJP is appealing to the people, they (Trinamool Congress) should also do the same. Whatever the public decides should be accepted and they should move forward. Creating such controversies and ruining the atmosphere of the elections is not right. The accident was unfortunate but I urge her not to politicise it,” he added.

Earlier on March 10, Ms Banerjee had alleged that she was pushed by a few unidentified people during her election campaigning. Later, she was brought to Kolkata’s SSKM Hospital by road from Nandigram. Ms Banerjee sustained “severe bone injuries” on her left foot and ankle as well as bruises and injuries on her shoulder, forearm and neck, according to the report of her initial medical examination. She was discharged from the hospital on March 12.

Following the alleged attack, the West Bengal unit of the Bharatiya Janata Party (BJP) on Sunday wrote to the Chief Electoral Officer in the state, demanding Chief Minister Mamata Banerjee’s treatment history at SSKM hospital to be made public.

Last week, a delegation of six MPs of Trinamool Congress (TMC) met the Election Commission officials in the national capital to raise their concern over the Nandigram incident. “The events/actions leading up to the attempt on her life, leave no doubt that the attack was premeditated and part of a deep-rooted conspiracy,” read a letter by the TMC to the Election Commission.

A BJP delegation also met the Election Commission of India and demanded an impartial probe into an alleged attack on Mamata Banerjee.

West Bengal is likely to witness a triangular contest this time with TMC, Congress-Left alliance and the BJP in the fray.

Elections to 294-member West Bengal Assembly will be held in eight phases starting from March 27 with the final round of voting taking place on April 29. The counting of votes will take place on May 2.