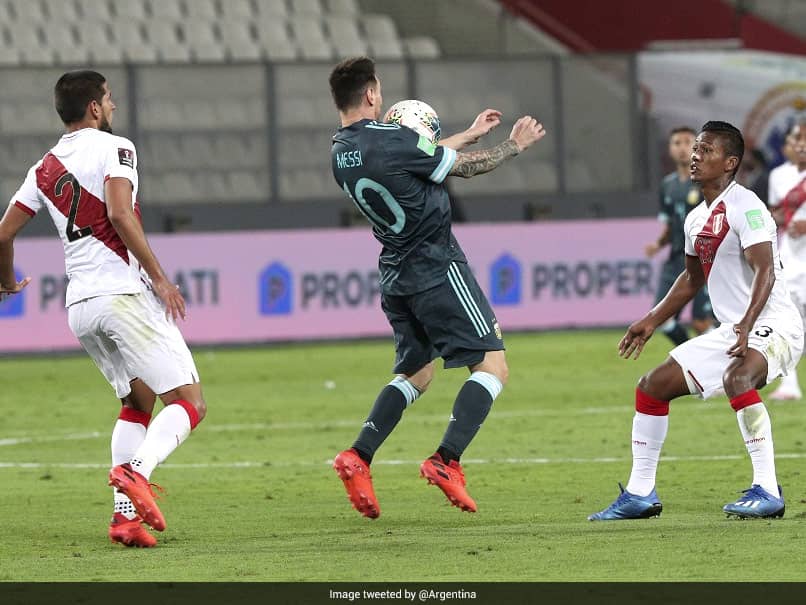 Lionel Messi feels that Argentina is getting stronger “little by little”.© Twitter


After Argentina’s victory over Peru in the World Cup 2022 qualifiers, Lionel Messi expressed elation and said his side “needed” the win. In the previous match, Argentina was restricted to a 1-1 draw by Paraguay. However, the team did not make any mistake on Wednesday as they secured a 2-0 win over Peru. “Happy for the victory, we needed it after the game we played the other day. From the beginning we had a great match, the goals came and we created many chances,” Messi said, via Argentina’s official Twitter handle.

Nicolas Gonzalez and Lautaro Martinez scored one goal each in the first half of the match to guide Argentina to a victory.

Messi also feels that his team is getting stronger “little by little”.

“The second half the other day was very good and I think we continued on the same line, even raising the level a bit. I think this is the way we have to go. Little by little, we are becoming strong as a group,” he said.