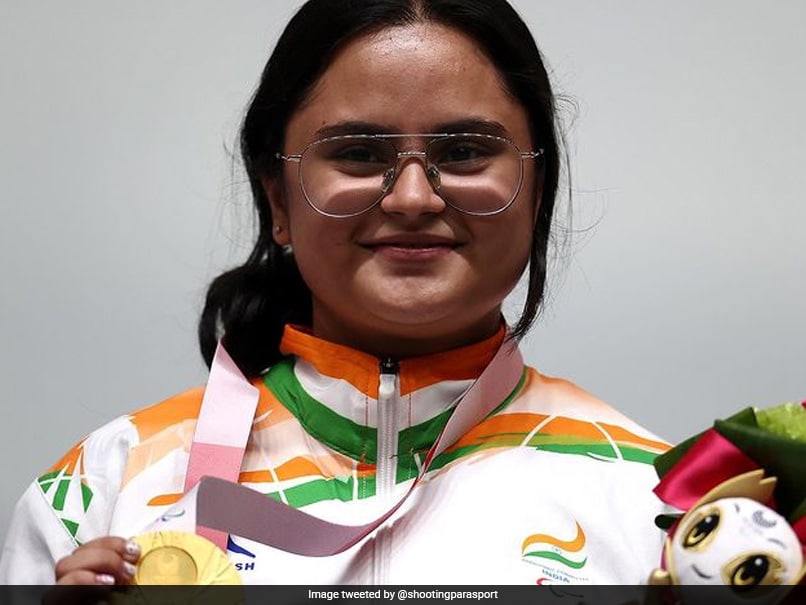 Avani Lekhara became the first Indian woman to win a gold at the Paralympics.© Twitter

Avani Lekhara, who became the first Indian woman to win a gold medal at the Paralympics, spoke to NDTV about her gold-medal winning moment in Tokyo and said that she “went blank for sometime” after winning the top prize. The 19-year-old shooter said that she was overwhelmed after hearing the national anthem being played in Tokyo. “I went blank for sometime when I won the gold. I was just in the moment at that time and I didn’t know what was happening around me. When the flag went up, when the national anthem of India was played, it was just so overwhelming,” Avani Lekhara told NDTV.

“Since then I have been receiving so much love and support,” she added.

“I went blank when I won the #goldmedal“: Avani Lekhara, gold and bronze medal winner at #TokyoParalympics pic.twitter.com/qVTgAiYdTy

Manish Narwal, during a chat with NDTV, said that he came to terms with the level of competition at the Paralympics when he failed to win a medal in men’s 10m Air Pistol SH1 despite topping the qualifications.

Manish Narwal (@ManishNReal), Shooting Gold medallist, on his performance at the #Paralympics. pic.twitter.com/kB0xFSHwut

“10m is my main event. I have won most of my medals in this event. After leading the charts in qualifications and then being eliminated at 7th place, made me realise what Olympics (Paralympics) really is. Before this, I had never lost in 10m event,” Manish Narwal told NDTV.