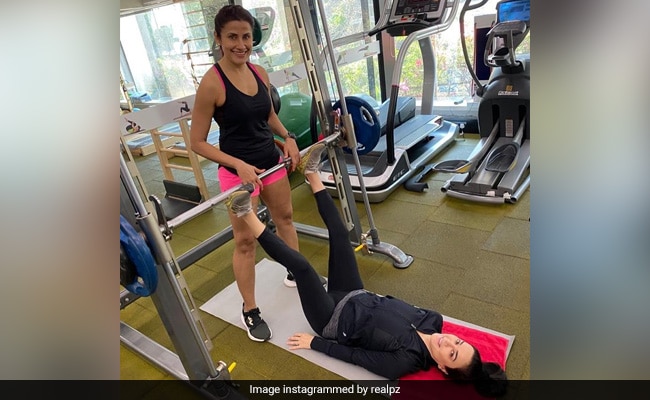 What happened when Katrina Kaif bumped into Preity Zinta at a gym? The result was this picture that has sent the Internet into a meltdown. On Sunday, Preity Zinta shared a picture of herself working out in a gym and revealed that it was clicked by none other than Katrina Kaif. In the photo, Preity can be seen doing an intense leg workout along with her trainer Yasmin Karachiwala, who also trains Katrina. “When Katrina Kaif catches you in the gym and turns photographer. #dontgiveup #pzfit #ting,” Preity wrote in the caption. Reacting to her post, Katrina Kaif commented: “Yaaay, my picture made it.”

Katrina Kaif often shares videos of herself working out with Yasmin Karachiwala. Here’s one of those videos for you:

Katrina Kaif was last seen in Ali Abbas Zafar’s Bharat, in which she co-starred with Salman Khan. She has Rohit Shetty’s cop drama Sooryavanshi, co-starring Akshay Kumar, lined up. The film will release on April 30 in theatres.