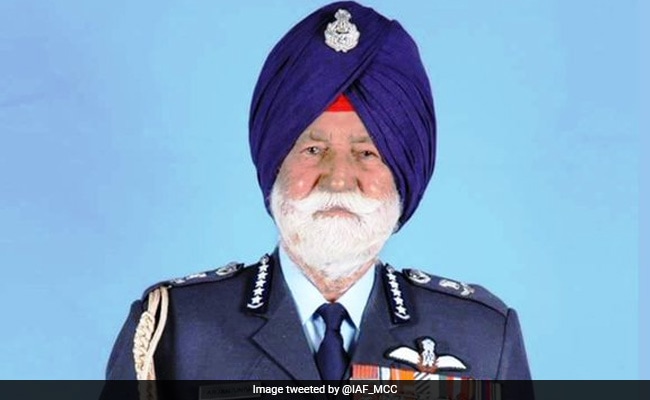 “On this day, we recall the contribution made by the Marshal to the nation and Indian Air Force,” the IAF said.

An icon of India’s military history, he had successfully led a young IAF during the 1965 Indo-Pak war.

The only officer to attain the highest post of Marshal of the Air Force equivalent to the Army’s five-star field marshal, Singh was a fearless and exceptional pilot who had flown more than 60 different types of aircraft.

He had played a major role in transforming the IAF into one of the most potent air forces globally and the fourth biggest in the world.

On August 1, 1964, Marshal of the Air Force Arjan Singh took over as the Chief of the Air Staff (CAS) in the rank of Air Marshal at the age of 44.

Marshal of the Air Force Arjan Singh was born on April 15, 1919 in Lyallpur (now Faisalabad in Pakistan).

“A testing time for the nation came in September 1965 when Pakistan launched Operation Grand Slam, in which an armoured thrust targeted the vital town of Akhnur,” the IAF recalled in a statement.

“When summoned to the Defence Minister’s office with a request for air support and asked how quickly the IAF will be ready for operations, with his characteristic nonchalance, ‘…in an hour’ was the reply,” it said.

He was awarded the Padma Vibhushan for his leadership during the 1965 War.

Marshal of the Air Force Arjan Singh also continued his service to the nation as the Ambassador to Switzerland, the Holy See and Liechtenstein from 1971 to 1974, following which he headed the High Commission of India to Kenya at Nairobi from 1974 to 1977, the IAF said.

“His dynamic personality, professional competence, leadership and strategic vision sets him apart as an icon of the Indian Air Force,” the IAF said.