Xiaomi has been trying hard to break the mould of a budget smartphone maker for quite some time now. The company has tried on multiple occasions to bring in its premium Mi series models, and the latest one is the Mi 10T Pro. This is a successor to the Xiaomi Mi 10, but comes at a somewhat more affordable price of Rs. 39,999. However, has Xiaomi cut more than just the price? We put Xiaomi’s latest flagship to the test to find out.

Xiaomi Mi 10T Pro looks and feels premium. Lift the device and you’ll instantly feel its 218g weight, which is a bit on the heavier side. There are a few changes to the Mi 10T Pro compared to the Mi 10 (Review), the most important of which is the display. You no longer get a curved AMOLED panel; instead, there’s a flat LCD. The display measures 6.67 inches and has a camera hole in the top left corner. While the flat LCD panel might seem like a downgrade, Xiaomi has increased the refresh rate to 144Hz. This does make animations appear smooth and makes browsing through the menus feel fluid. There is support for HDR10 as well.

There is Corning Gorilla Glass 5 on the front, back, and camera module, which should help keep the smartphone from picking up scratches. The frame of the Mi 10T Pro is made of metal and feels cold to the touch. Xiaomi has opted for a side-mounted fingerprint scanner on the right, and it is easy to reach. The volume buttons are also on the same side and can be reached in single-handed use. Xiaomi offers the Mi 10T Pro in two colours, Lunar Silver and Cosmic Black. I had the latter for the review and it looked more gray to me than black. It also is a fingerprint magnet. 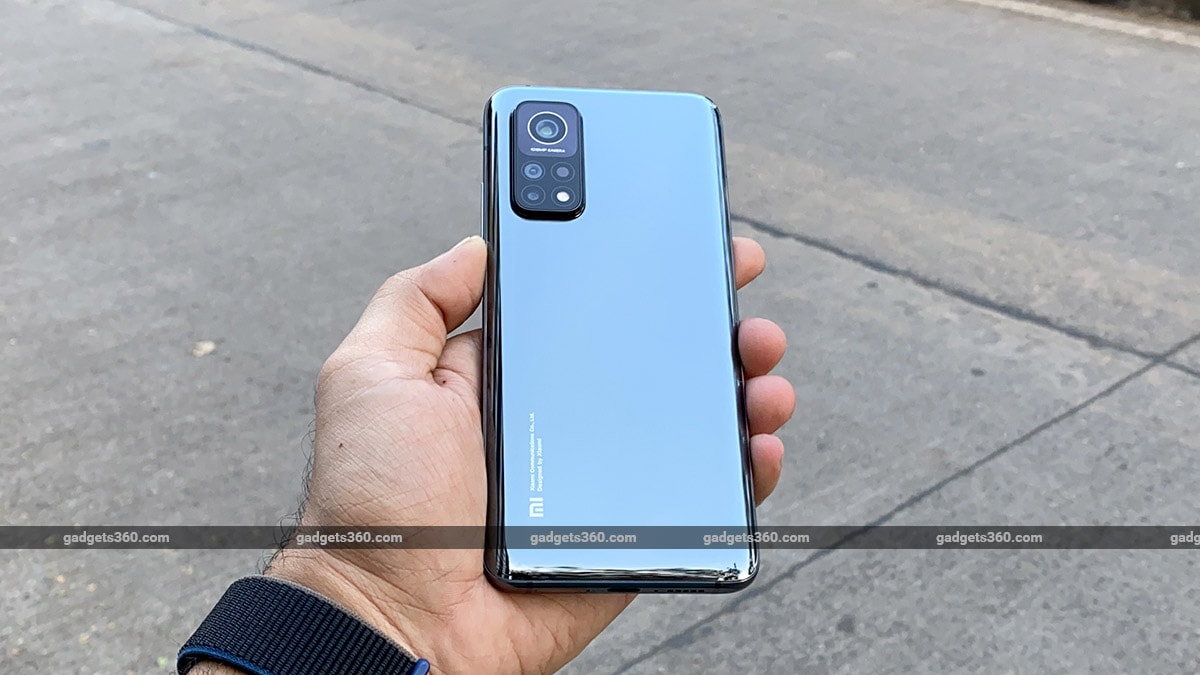 The camera module on the Mi 10T Pro protrudes quite a bit causing the device to rock when placed on its back on a table. The rear panel curves at the sides which makes this phone comfortable to hold. The top and bottom of the frame are flat enough to allow it to stand upright, though you wouldn’t really want to do this. The SIM tray is at the bottom along with the USB Type-C port and bottom-firing speaker. At the top you get an IR emitter which is a common sight on Xiaomi smartphones, as well as additional microphones. Xiaomi also offers stereo speakers on the Mi 10T Pro which is a neat touch. There is a tiny LED that sits between the display and the frame which lights up for incoming notifications and when you plug the smartphone in to charge.

Xiaomi has packed a 5,000mAh battery into the Mi 10T Pro, which is part of the reason for its bulk. The smartphone ships with a 33W fast charger in the box but I did not get one with my review unit. Also, while the Xiaomi Mi 10 featured fast 30W wireless charging, the Mi 10T Pro misses out on wireless charging entirely, which could be yet another way to keep the cost down.

The high-refresh-rate LCD on the Mi 10T Pro has full-HD+ resolution. It is a good LCD panel with decent viewing angles, and it does get bright enough when you are outdoors. However, the colours are not as punchy and the blacks are not as deep as they would be on an AMOLED panel. You do have the option to select different colour modes and also customise the colour temperature of the display. The Mi 10T Pro also lets you set the refresh rate manually. You can choose between 60Hz, 90Hz and 144Hz. I had set it to 144Hz which made scrolling appear smoother.

While the switch from AMOLED to LCD is a big one, the internals of the Mi 10T Pro have more or less remained unchanged. It is powered by the same Qualcomm Snapdragon 865 processor as the Mi 10. You get 8GB of LPDDR5 RAM and 128GB of UFS 3.1 internal storage. There are dual Nano-SIM slots on the Mi 10T Pro, with support for 5G and dual 4G VoLTE. Other connectivity options on this smartphone include Bluetooth 5.1, Wi-Fi 6, NFC, and four navigation systems. 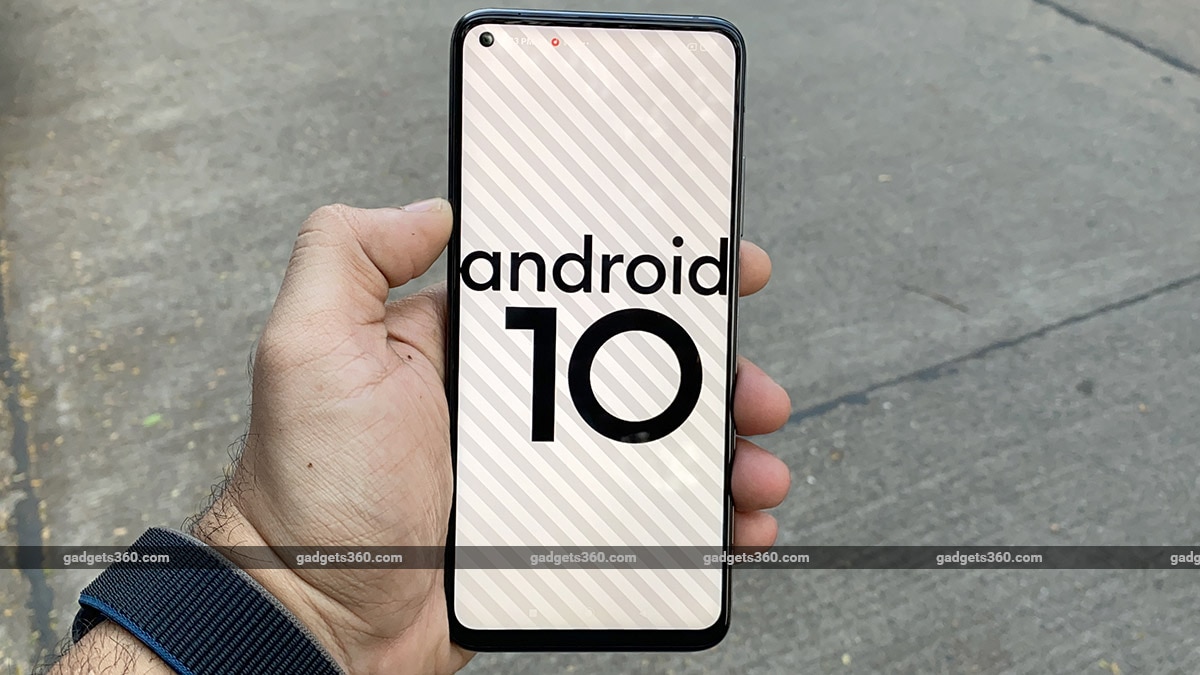 In terms of software, you get MIUI 12 loaded on top of Android 10. The UI seems familiar and is quite feature-packed. The Mi 10T Pro was running the September Android security patch when I got it, but was later updated to the October patch which is acceptable. I found quite a few apps preinstalled on the device, such as Zilli, Amazon, Facebook, LinkedIn, Booking.com, WPS Office, Mi Store, Mi Picks, Mi Pay, and Mi Credit. A few apps such as Themes, Music, and GetApps kept pushing notifications, which got a bit annoying. Considering that Xiaomi is trying to position this as a premium smartphone, keeping a tighter handle on spammy notifications would have been a good idea.

The Mi 10T Pro also gets the Game Turbo feature which clears other apps from memory, restricts gestures, and gives you the option to take incoming calls hands free while gaming. You can also customise a few settings for each game.

Given the hardware that the Mi 10T Pro has, I had no worries about its performance. The phone was quick to load apps, and the high refresh rate made transition animations appear super smooth. I did not have to wait for long for apps to load, and with 8GB of RAM, I could switch between multiple apps without having to wait. The side-mounted fingerprint scanner is super quick, and face recognition could unlock the smartphone as the display lit up. 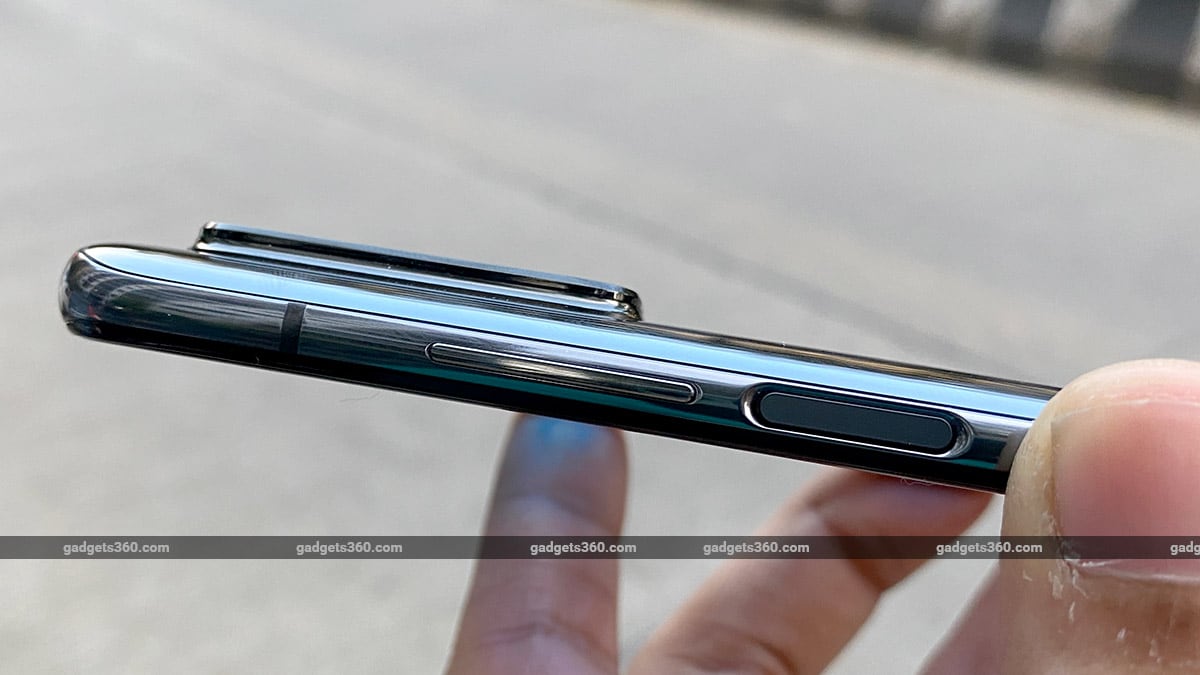 I noticed that the Mi 10T Pro would get warm to the touch when put under load. Using the camera for lon and even gaming caused the smartphone to get a bit stressed. I played Call of Duty Mobile, which weirdly defaulted to Medium graphics quality and High frame rate. Bumping up the settings to Very High did not have any effect on performance, and the Mi 10T Pro could handle the game even at these settings. It did get warm though, and there was a 4 percent battery drop at the end of 20 minutes of gameplay.

The 5,000mAh battery on the Mi 10T Pro went on for about a day and a half with my usage, and with the refresh rate set to 144Hz. You should be able to achieve a slightly better battery life by lowering the refresh rate. In our HD video loop test, the phone went on for 16 hours, 38 minutes which is an acceptable score for a smartphone packing the Snapdragon 865 processor. I did not get the 33W charger in the box to check charging speed. Xiaomi claims you can get a full charge in about an hour.

The Xiaomi Mi 10T Pro packs in a triple camera setup consisting of a massive 108-megapixel primary sensor with OIS and an f/1.69 aperture, a 13-megapixel ultra-wide-angle camera with a 123-degree field of view, and a 5-megapixel macro camera. At the front, it has a 20-megapixel selfie shooter. The camera app has a number of shooting modes that can be accessed right away. Swiping up from the shutter button reveals a few additional modes including the 108-megapixel mode which lets you take shots at the full resolution. 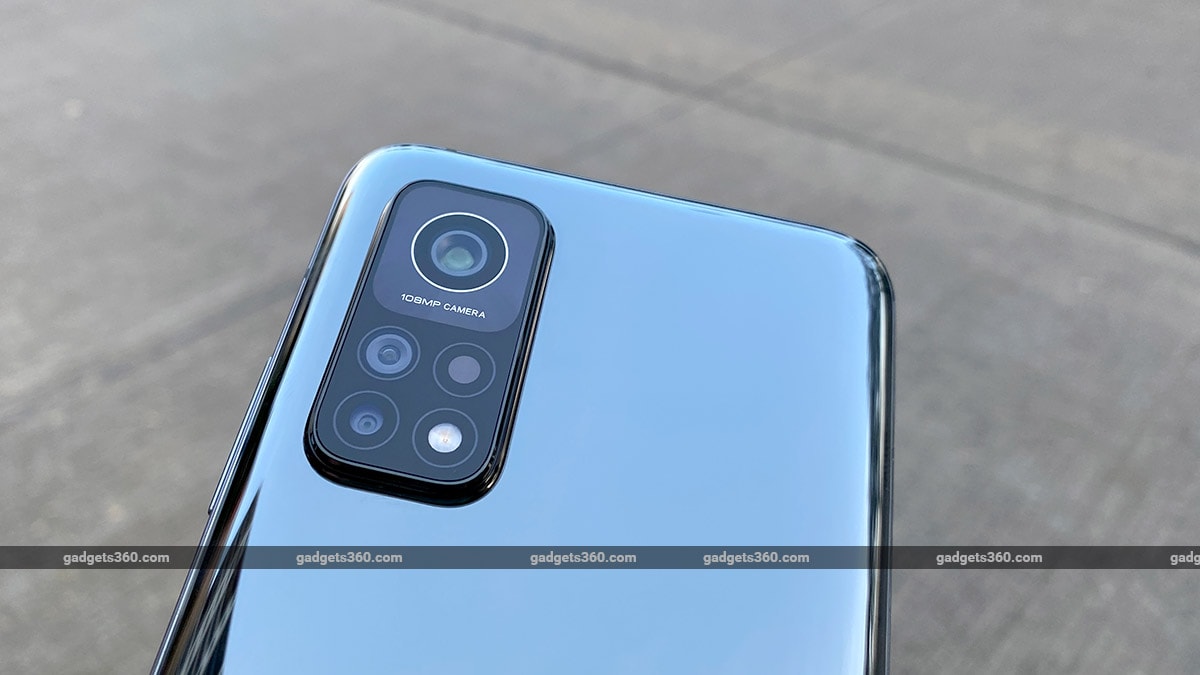 The Mi 10T Pro has a 108-megapixel primary camera

There isn’t a Macro mode, and strangely, Xiaomi has implemented this as a button in another submenu, which can get a little confusing. There is a quick AI toggle which you can enable while taking shots. The Mi 10T Pro was quick to detect what it was aimed at, and set the camera up accordingly.

The Mi 10T Pro shoots 25-megapixel pixel-binned shots by default using the primary camera. Daylight shots had good detail but the output appeared oversharpened, something I have observed with other Xiaomi smartphones as well. A few shots also had some noise which I wasn’t expecting. The wide-angle camera does not capture as much light as the primary one, and I found photos taken in the same conditions to be a bit darker. There was noticeable distortion at the edges as well. Photos shot at the full 108-megapixel resolution offered good detail but had some grain in the shadows. The Mi 10T Pro does not sharpen photos taken at the full resolution. 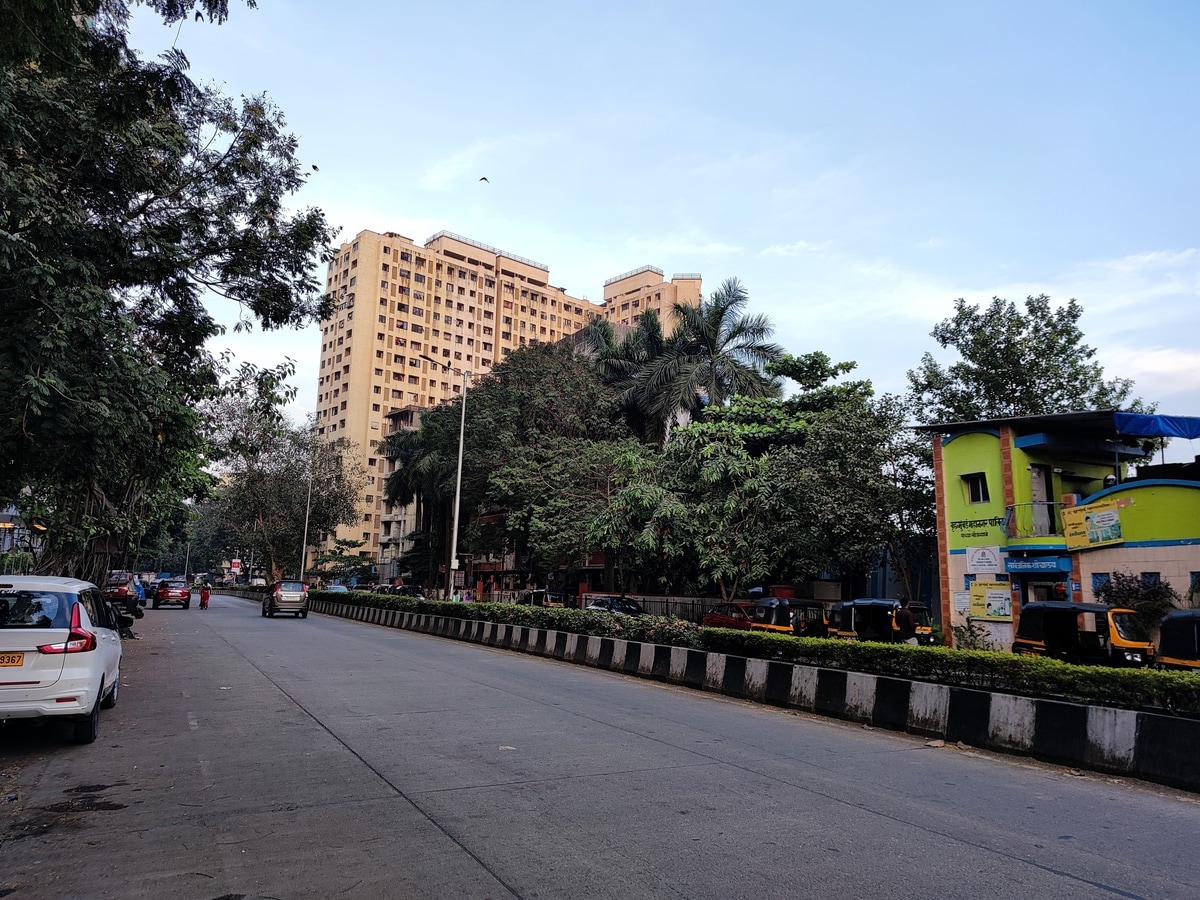 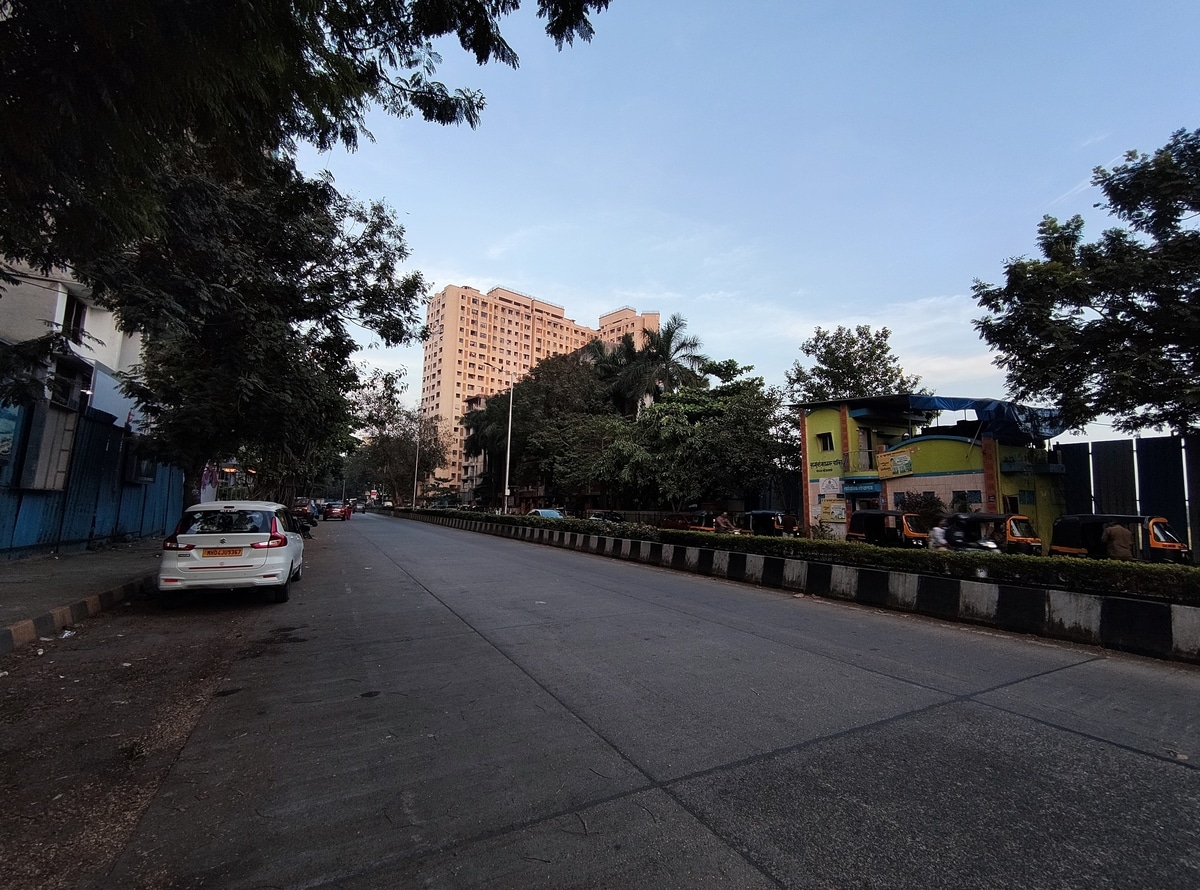 Low-light camera performance was good, and the phone’s AI was quick to set the camera up. The Mi 10T Pro manages to keep noise under control but still sharpens the output. Night mode needs about 4-5 seconds to take a shot and I noticed that the output was of a higher resolution at roughly 27 megapixels. Night mode helps capture better details than regular mode, but you will need to have a steady hand to avoid blurry output. 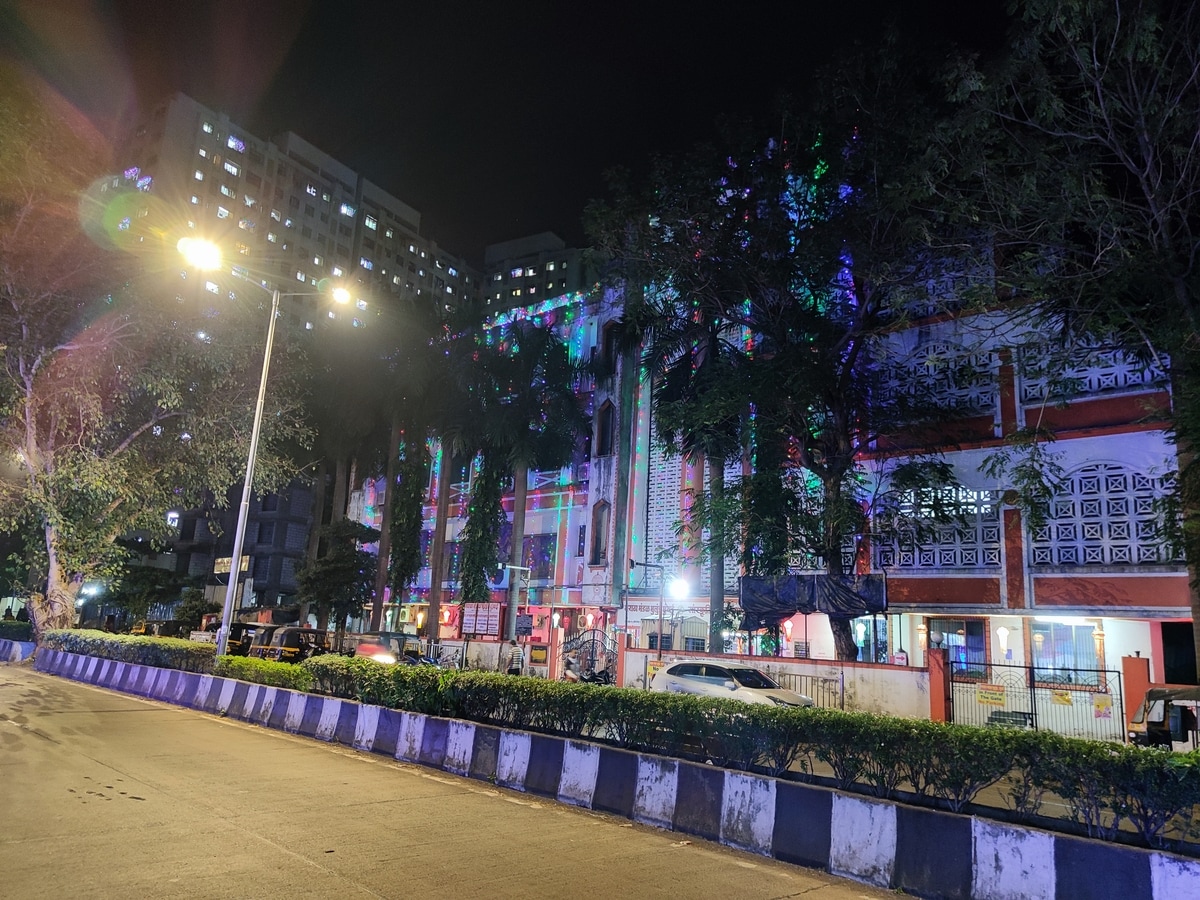 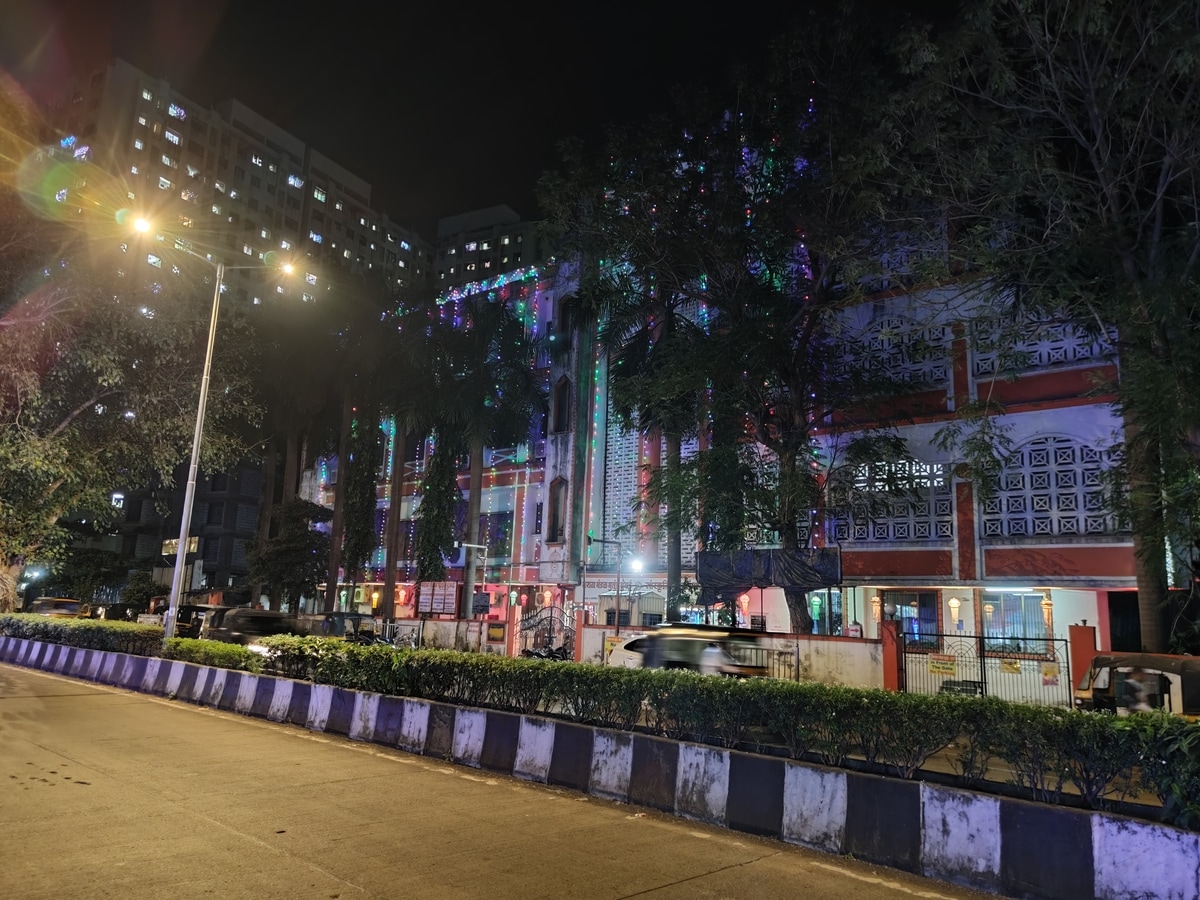 I found close-up shots to be very detailed with well-defined edges and a soft blur to the background. The macro camera managed crisp shots with good details. The AI could detect pets while using portrait mode, and I could also set the level of blur before taking a shot. The Mi 10T Pro had trouble focusing quickly on moving subjects but once it did manage to lock on, there was good separation between the subject and the background. 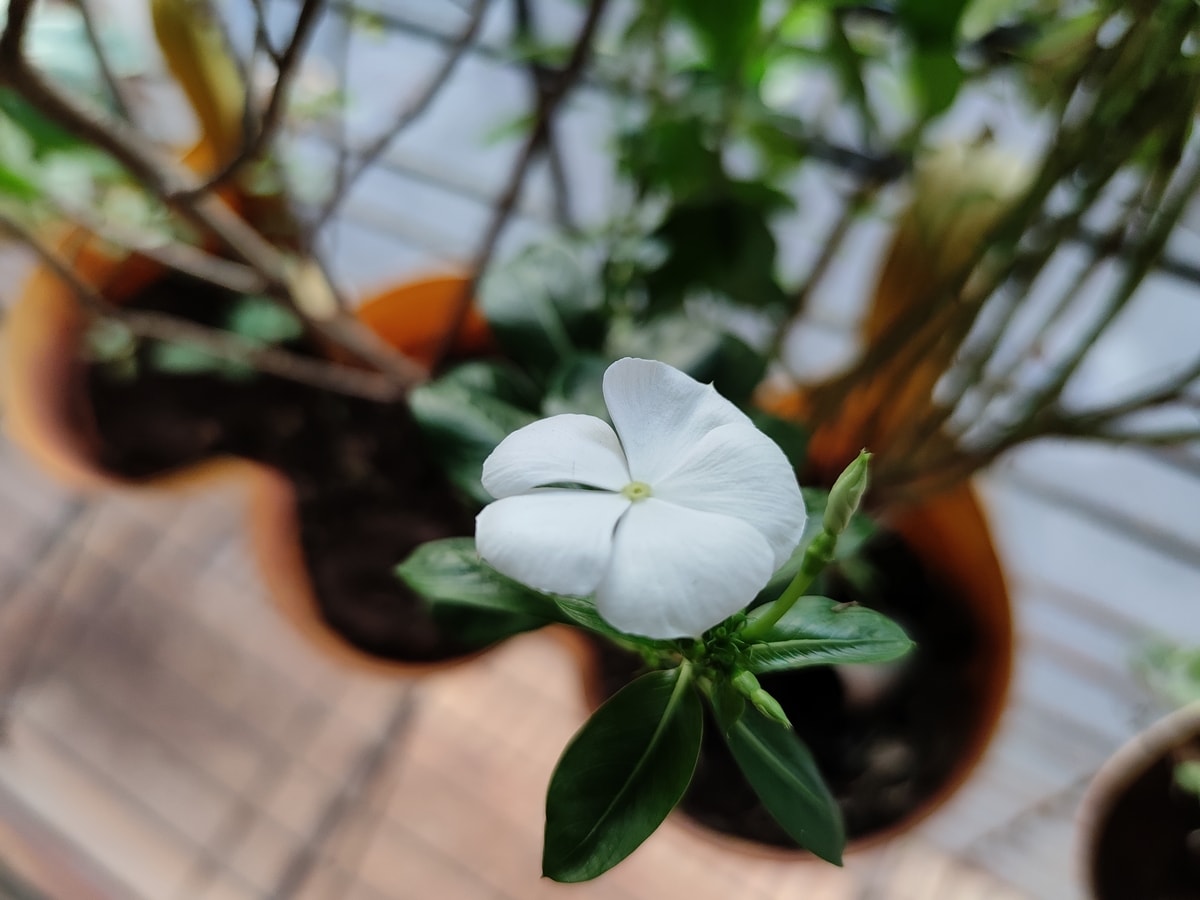 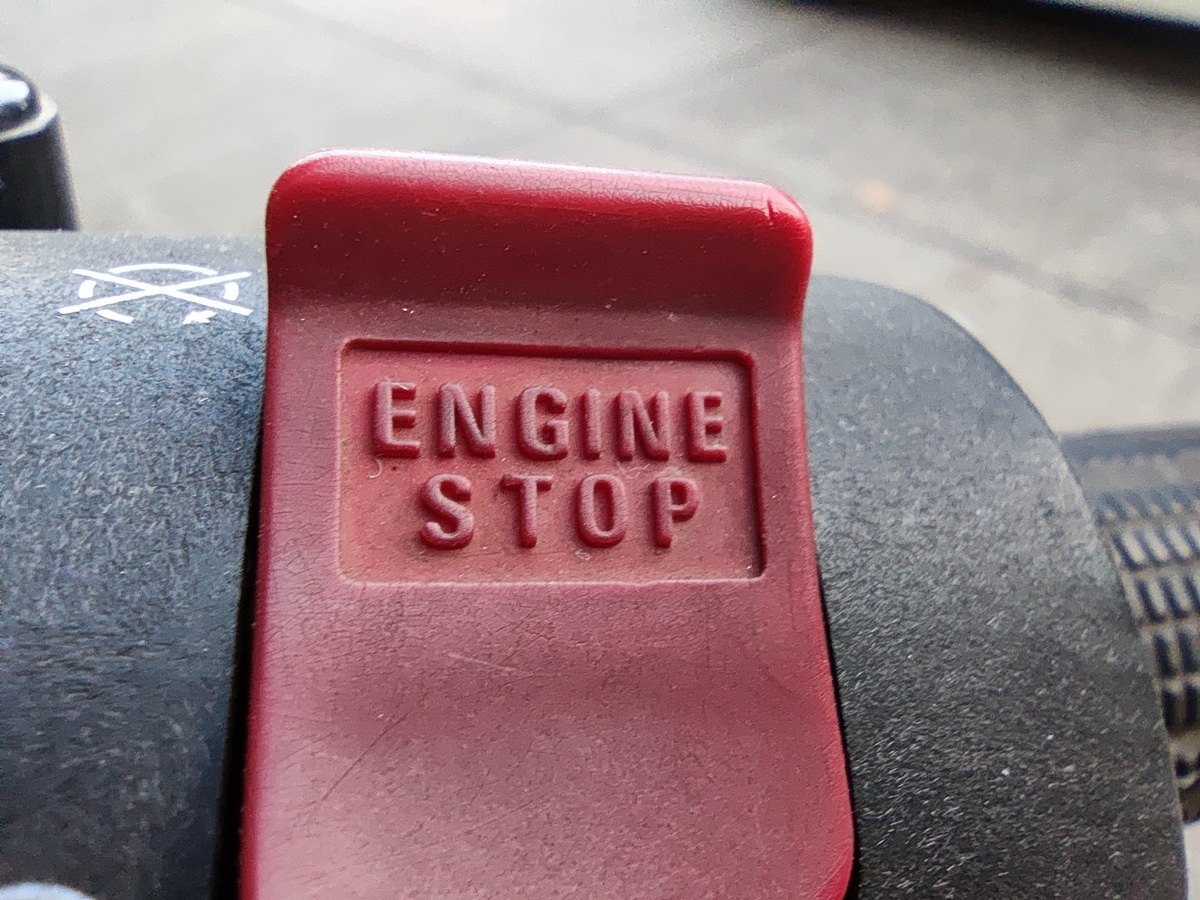 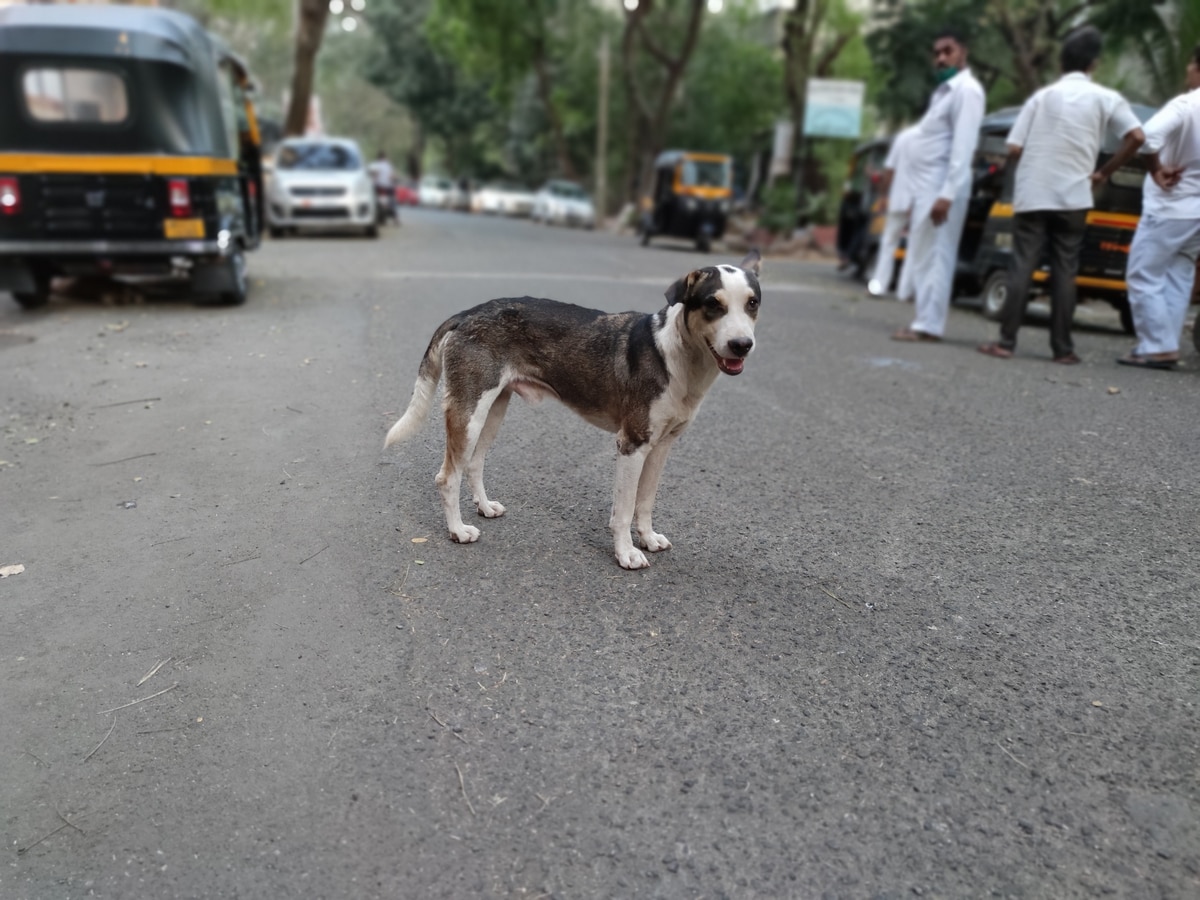 The Mi 10T Pro managed good selfies in daylight as well as low light. Photos were sharp with good details. You have the option to shoot in portrait mode, and the phone does let you set the level of blur before taking a shot. You get full-res 20-megapixel output from the selfie camera. 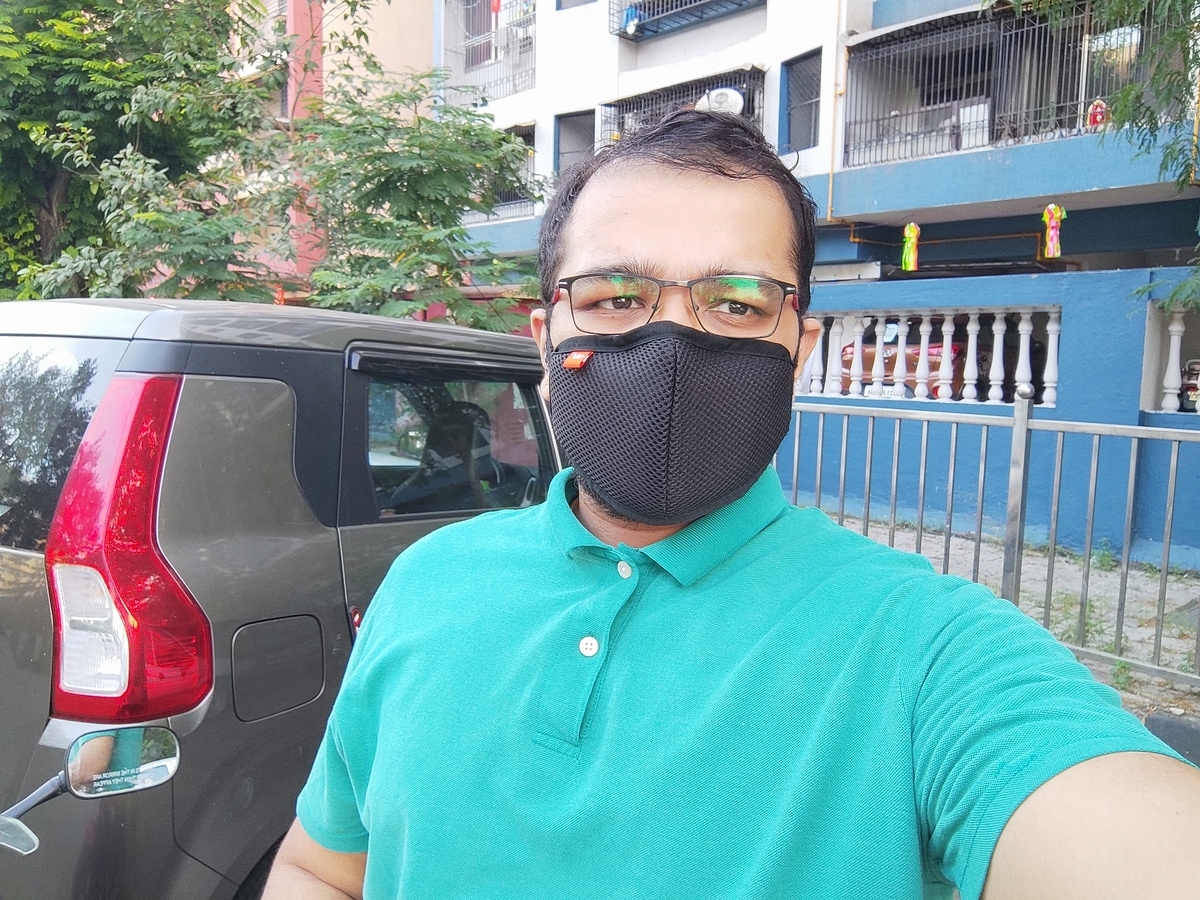 Video recording tops out at 8K for the primary rear camera and 1080p for the selfie shooter. There is OIS for the primary camera which helps stabilise the output. VIdeos shot at 4K as well as 1080p in daylight were well stabilised. The Mi 10T Pro also smoothened out footage well in low light, though there was occasional shimmer. I could also spot a bit of lens flaring, but it wasn’t a major issue.

While the Mi 10T Pro offers powerful hardware, it doesn’t cost as much as the Xiaomi Mi 10 (Review) did at launch. This move makes the Mi flagship series accessible to more consumers. However, the reduced price means there are a few compromises, such as the LCD instead of an AMOLED display, and a lack of wireless charging, compared to the Mi 10.

You do get a 144Hz refresh rate LCD, and the 108-megapixel primary camera on the Mi 10T Pro gives it an edge over competitors such as the iQoo 3 (Review) and Realme X50 Pro 5G (Review), which are similarly priced. While the Mi 10T Pro is a better option than these two smartphones, it might not be as easy to recommend over the popular OnePlus 8T (Review), which offers a cleaner software experience, a 120Hz AMOLED display, and 65W fast charging for a little more.