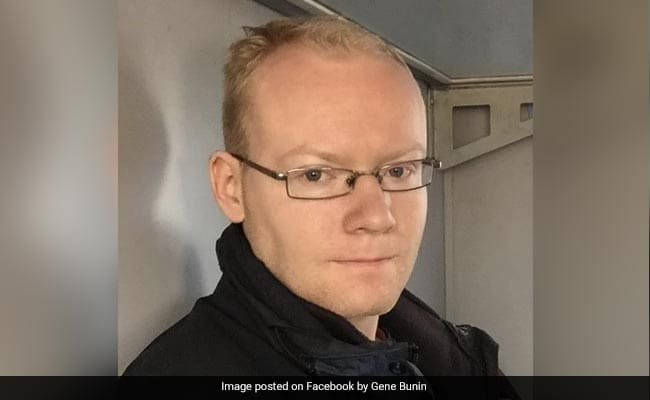 A prominent campaigner who has documented the plight of Muslim minorities in China’s Xinjiang region said Monday he was barred from entering neighbouring Kazakhstan.

The United States says that Beijing is carrying out genocide against Uyghurs and other mostly Muslim Turkic people in Xinjiang, where experts estimate more than one million people are incarcerated in camps and jails.

Central Asian Kazakhstan is one of several former Soviet states that have appeared to toe Beijing’s line on Xinjiang.

Thousands of Kazakhs have family ties to Xinjiang, where Kazakhs are the second largest Turkic group after the Uyghurs.

Gene Bunin, a dual US and Russian national, is best known as the founder of the Xinjiang Victims Database, which contains entries for nearly 25,000 people incarcerated, detained or unaccounted for in Xinjiang.

Bunin showed AFP a copy of a document confirming that he had been barred from entering the country, which he received upon arrival to Kazakhstan’s largest city Almaty on Sunday.

Officials did not provide a reason for deporting him from a country where he lived for around two years before leaving in 2020, Bunin said.

Bunin, 36, who was also barred from entering Uzbekistan last year, has in the past collaborated with several foreign media including AFP.

Bunin said he was “99.9 percent sure” the deportation was connected to his work on Xinjiang, and added that Kazakh authorities had been “consistently ‘cleaning up’ Xinjiang activism” by detaining and hassling local campaigners.

Kazakhstan’s security committee, which oversees the border service responsible for the deportation order, did not respond to requests for comment.

A foreign ministry spokesman told AFP that he had no knowledge of the case.

Kazakhstan, Central Asia’s richest economy, has billed itself as the “buckle” in China’s trillion-dollar Belt and Road Initiative and relies on China as a market for its oil and gas exports.

China has angrily denied Washington’s genocide accusations and refers to its camp-like facilities in Xinjiang as vocational training centres.