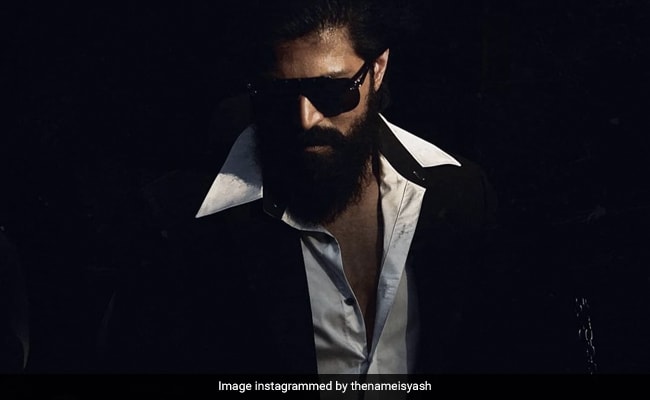 On Monday, Yash treated his fans to an “exclusive still” from his film upcoming film KGF: Chapter 2. The much-awaited teaser of the film will be unveiled on Yash’s birthday on January 8. In the brand new poster from KGF: Chapter 2 featuring his character’s look, Yash looks intense in a white shirt, black trousers and black blazer. Along with the photo, the actor also wrote about the “last schedule” of his film. His caption read: “They say, all good things come to an end… it may be the last schedule of KGF but the VILLAIN stays on… forever! PS: An exclusive still from the movie KGF, for all my dear fans, captured by our DOP Bhuvan.”

Yash garnered a whole lot of praise for his role in the critically acclaimed KGF-Chapter 1. He started working on its sequel in March last year. In KGF: Chapter 2, Yash returns as the protagonist in the second part, only this time, he’s pitched against Sanjay Dutt, who plays the antagonist. Raveena Tandon also recently roped in for the film.

On Yash’s birthday last year, his first look from the film was dropped on social media. Take a look if you haven’t seen it yet:

All of you have a great and safe birthday celebrations with our Rocking Star Yash#KGFChapter2#HappyBirthdayYashpic.twitter.com/C8ufkcJfKu

Soon after, Sanjay Dutt and Raveena Tandon’s looks from KGF: Chapter 2 were also unveiled on the Internet: