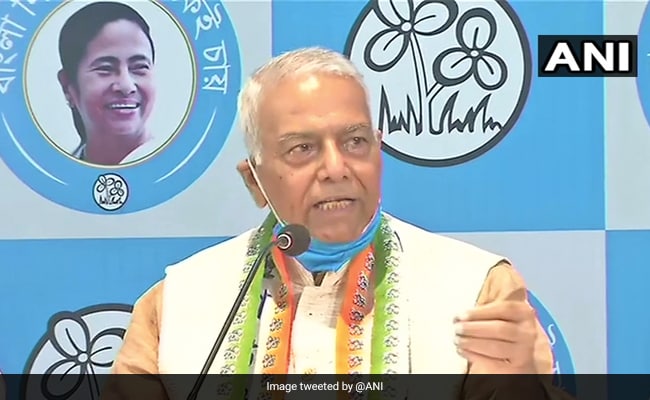 Yashwant Sinha, ex-BJP leader and former Union Minister, joined the Trinamool Congress today, proving a shot in the arm for Mamata Banerjee’s party ahead of the West Bengal assembly election. Joining the party in Kolkata, Mr Sinha listed out the reasons for his joining the Trinamool. He said the country is facing an “unprecedented situation today” and hit out at the BJP. Mr Sinha, who was a Union Minister twice – once in the Chandra Sekhar cabinet in 1990 and then again in the Atal Bihari Vajpayee government – has been sharply critical of the government of Prime Minister Narendra Modi. He quit the BJP in 2018 after having serious differences with the party’s leadership. He pledged support to Ms Banerjee in her fight against the BJP. “We welcome Yashwant Sinha to our party. His participation would strengthen our fight against the BJP in the elections,” Trinamool Congress leader Sudip Bandopadhyay said.

(With inputs from ANI)