“You Can Beat Me, But…”: Jharkhand Speaker Amid ‘Namaz Room’ Protest – Unblendednews
Skip to content
Top Stories 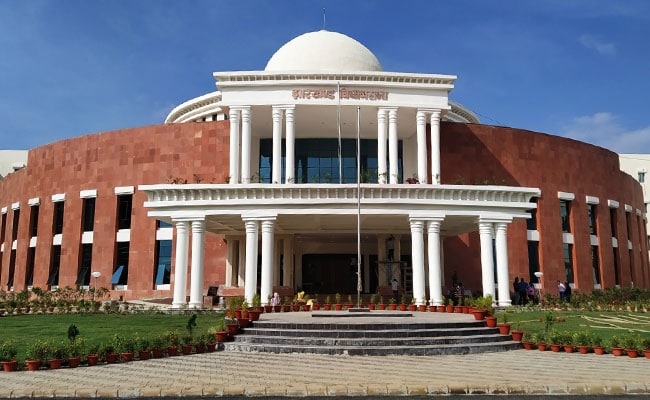 Chanting ‘Jai Shri Ram‘ and Hanuman Chalisa, BJP MLAs in saffron outfits trooped into the Well of the Jharkhand assembly on Tuesday in protest over the namaz room, disrupting House proceedings.

As soon as the House assembled for the day, the BJP members began their protest over the namaz room and the state’s employment policy even as Speaker Rabindra Nath Mahto repeatedly urged them to allow the conduct of business.

Unrelenting, the members continued to chant slogans during Question Hour, leading to an adjournment till 12.30 pm.

“No disrespect would be tolerated to the chair. If you are angry, beat me but don’t disrupt the proceedings,” the Speaker told the protesting MLAs.

“Please go back to your seats….I am pained. The Chair is not a subject for mockery. Yesterday, you behaved badly…This is the question of the faith of 3.5 crore people and your conduct gives pain,” he added.

In reply, BJP MLA CP Singh said though the Business Advisory Committee had decided to take up the employment policy issue, it was changed.

“This is an emotional statement. We are also sad. Speaker is supreme in the assembly but it hurts when we see that your behaviour is not impartial,” he told Mr Mahto.

Amid the din, the Speaker asked BJP MLA Bhanu Pratap Shahi to respect Hanuman Chalisa and not to use it for political gains.

Before the start of the day, BJP MLAs sat on the stairs at the entrance of the assembly and chanted Hanuman Chalisa while Deoghar MLA Narayan Das wore a garland made of ‘belpatra‘.

Ruckus by the opposition BJP over the allotment of a room for offering namaz in the assembly had disrupted proceedings on Monday as well.

The BJP is demanding the recall of the order pertaining to the allotment of the namaz room.

The Speaker has allotted room number TW 348 for offering namaz, prompting demand from the BJP to build a Hanuman temple and places of worship of other religions in the assembly premises.