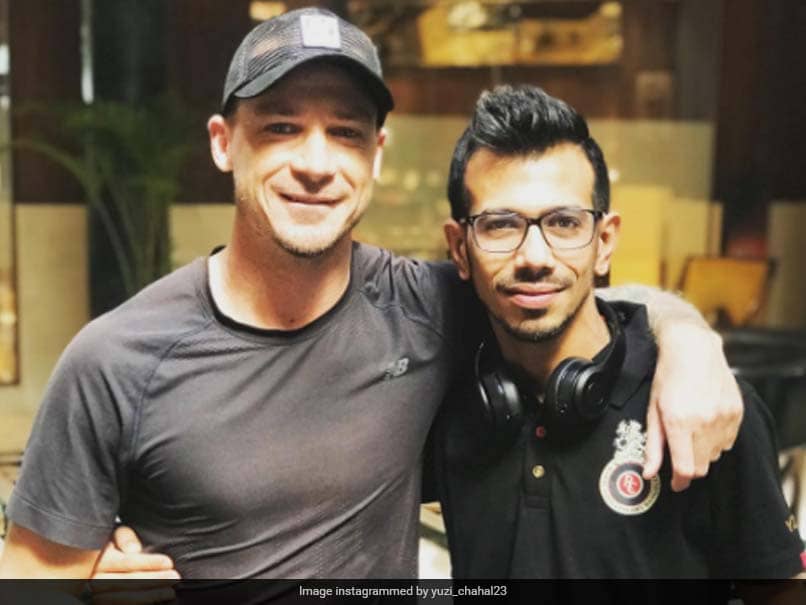 
Yuzvendra Chahal took to Instagram on Thursday to share a video of himself batting in the nets in Sydney. In the video, the leg-spinner can be seen playing a few defensive shots. “Adding up scores this time,” Yuzvendra Chahal captioned the video on Instagram. Fans saw the funny side of the video and even asked the leg-spinner if he was going to open the batting in India’s upcoming tour of Australia. However, it was South Africa fast bowler Dale Steyn, who’s comment took the cake. Steyn, who plays for Royal Challengers Bangalore alongside Chahal in the Indian Premier League, took a funny dig at the leg spinner.

Steyn asked Chahal what type of bowling he is facing during his net session and wrote “Facing Fast off spin?”

In reply, Chahal urged Steyn not to reveal the secret. 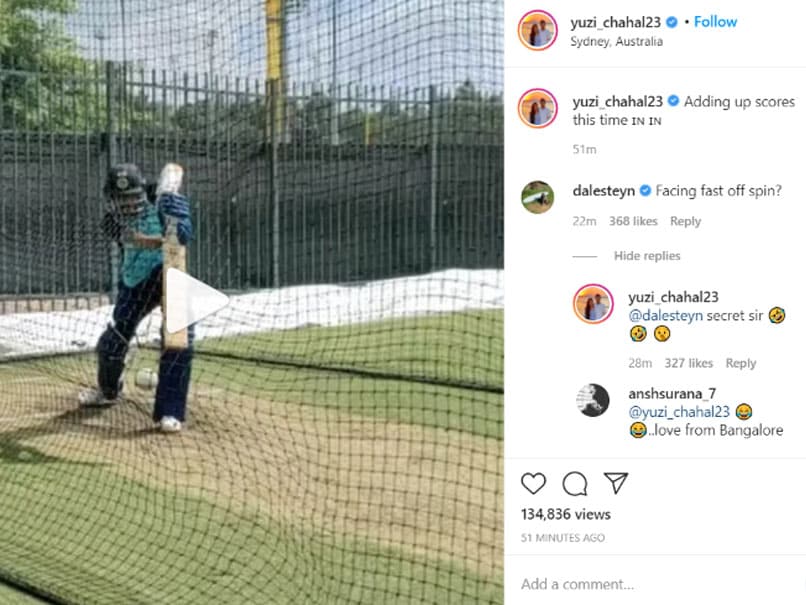 The South Africa pacer had a forgettable outing in the recently concluded IPL.

Steyn played three games in the 13th edition of the lucrative league and managed to get just one wicket for RCB.

On the other hand, Chahal was the standout performer with the ball for Virat Kohli-led franchise.

Chahal and other Indian cricketers are gearing up for the two-month long tour of Australia, starting November 27.