One would be surprised to know the variety of breads that south Indian cuisine has to offer.

Breads are an integral part of mostly every cuisine, isn’t it? From Mexican quesadillas to American wraps and, of course, a typical Indian meal is nothing without its flatbreads. Did you know that India alone has countless different types of breads in its many regional cuisines? While the northern region boasts of its tandoori naan and stuffed parathas, western region of Maharashtra has wholesome Thalipeeth to offer. But the southern region is one that hasn’t got its fair share of popularity when it comes to breads.

While the south Indian cuisine is known for everything from light and comforting sambar and rasam to fiery Andhra curries, its breads are the silent sides to all the wholesome goodness it offers.

Here we have 10 South Indian breads that you must try!

Of course it had to be the first one! Dosa is perhaps one of those south Indian breads that we never really thought of as a mere bread while gorging it with piping hot sambar and chutneys, isn’t it? Crispy, flaky and often stuffed with flavourful potato mix, dosa has all our heart when it comes to a lip-smacking south Indian staple.

Dosa is one of the most common dishes from the cuisine.

Kerala’s feathery soft appam is perhaps the first thing that comes to mind when thinking of pairing a south Indian stew or curry. A super thin rice flour and coconut pancake, appams are easy to make and are too delicious to resist! 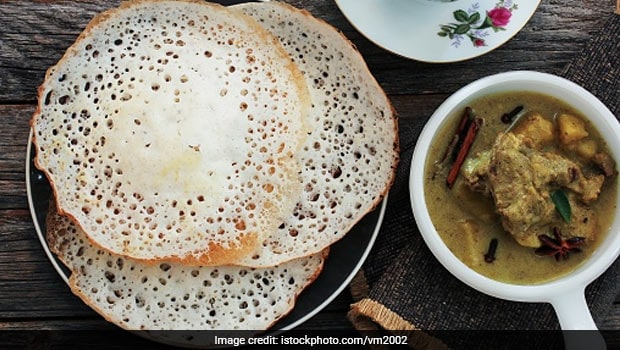 Paired with piping hot stew, appam is a delight to relish!

One of the hot-selling items at any south Indian stall or restaurant across the country, uttapam is a savoury pancake that can be made with anything, from onions and tomatoes to corn and mushrooms, in the batter. Serve it with sambar, chutney or any of your favourite south Indian curries. 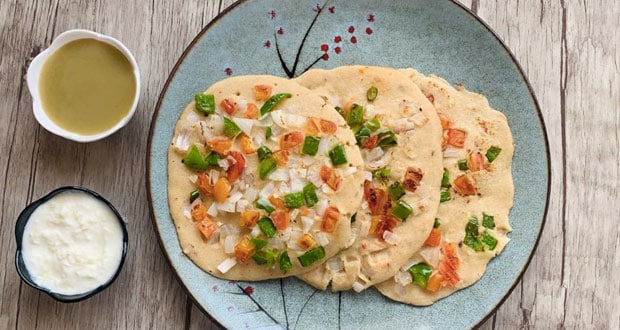 Uttapam makes for a delicious and wholesome breakfast.

An almost-dosa but different than that, Adai is an Indian pancake, popularly made in Tamil Nadu, especially in Tanjavur district. It is made using lentils including toor dal, urad dal and a small amount of chana dal and rice. The difference between dosa and adai is that the latter does not go through fermentation process and is much thicker than a normal dosa.

Another thin, crepe-like preparation from Andhra that is known to be similar to dosa, pesarattu is made of green gram traditionally and served with ginger chutney in breakfast. It is a combination of two Telugu words- Pesara which means green gram and Attu that translates to dosa or crepe. 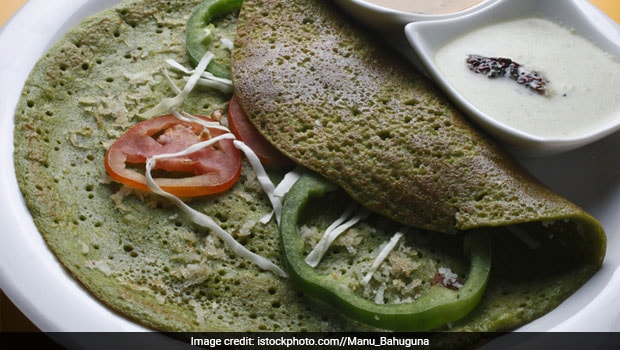 String hopper, nool puttu or noolappam is a noodle dish from Kerala and Tamil Nadu made into rice flour that is pressed into noodles. We are already craving some of these!

Another amazing breakfast dish from the region, Puttu is most often served with Kadala curry in Kerala. Made with steamed rice flour with coconut shavings, Puttu in Malayalam means ‘portioned’ and is made in cylindrical shape, and is sometimes stuffed with a sweet or savoury filling.

One can call it the south Indian cousin of Paratha, though parotta differs in terms of texture. Malabar Parotta is one of the most common ones; it is flaky, layered and extremely delicious! 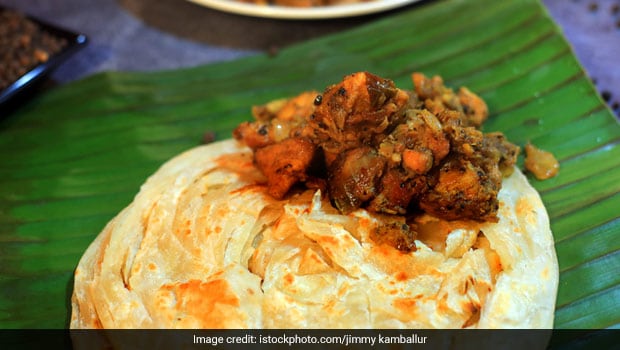 Pair this with your favourite curries.

Wholesome, rich and extremely delicious, akki roti is a flatbread from Karnataka that doesn’t need anything else to pair with. Akki is the Kannada name for rice and is made with rice flour along with grated vegetables and a host of spices. Serve with a chutney or simply have it as is!

Made with rice flour and coconut, orotti is referred to as pol roti in parts of Tamil Nadu and is a popular breakfast in Kerala. All you need to do is make dough of rice flour, coconut and salt and make rotis out of it! One can also use sugar instead of salt for a sweeter version of it.

Try these yummy and unique south Indian breads and let us know your experience in the comments section below!

About Aanchal MathurAanchal doesn’t share food. A cake in her vicinity is sure to disappear in a record time of 10 seconds. Besides loading up on sugar, she loves bingeing on FRIENDS with a plate of momos. Most likely to find her soulmate on a food app.

Experts Submit Testimonies on Energy Impact of Crypto Mining in US

9-Year-Old Dies Due To Lack Of Medical Care After Lahore Blast: Report

For Republic Day, What Roads Should You Avoid In Delhi? Details Here