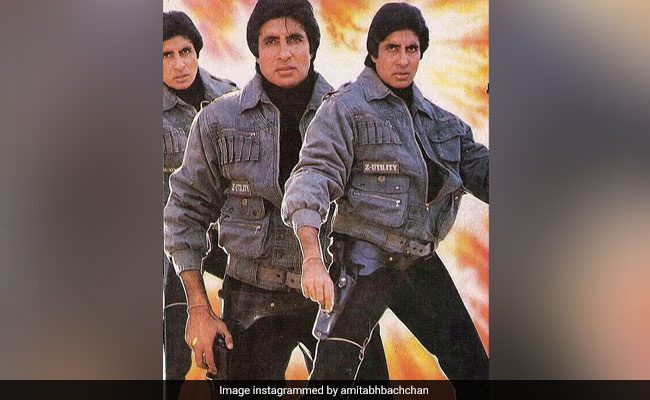 There is absolutely no denying the fact that  Amitabh Bachchan’s Instagram profile is a sheer delight. The 78-year-old actor knows how to keep his fans busy on social media. The actor often acknowledges his EF (extended family) in his posts and also shares trivia about his life. His latest entry is about one of his films which never made it to the screens. Big B posted a picture from the film’s shoot and he revealed that everything from the project’s title, the photoshoots, styling was done but the film never got made. In one of the shoots from the film, Big B can be seen wearing a denim jacket, a pair of black trousers and he can be seen carrying a gun. The expressions (since it features three pictures of Big B) on his face are intense. Big B captioned the post: “A film that never got made… Styled, photo shot, titled… But never got made… Pity.” He added a sad emoji to the post. How we would have loved to see this film of Big B, the name and details of which he did not reveal in his post.

Over the weekend, Big B posted a goofy picture of himself, which appears to be from the sets of a shoot as he can be seen posing in front of a green screen. “Time to swing… Just,” he wrote. See the picture here:

Another recent picture from a shoot shared by Big B, featured his wife and veteran actress Jaya Bachchan and daughter Shweta Bachchan Nanda. “Family at work,” he simply captioned the post.