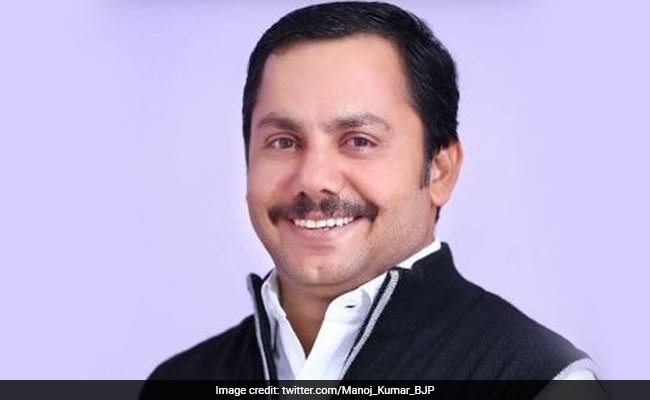 South Delhi councillor Manoj Mehlawat, arrested by the CBI for allegedly taking Rs 10 lakh bribe from a builder, was caught on tape telling the complainant that “ab hamari source of income salary nahi hai…aise hi hoga (now salary is not my source of income…it will be like this only”, the agency has claimed.

The BJP has suspended Mr Mehlawat from its primary membership after his arrest last week.

The Councillor’s remarks were caught on tape during a covert verification exercise by the CBI into the allegations against him.

The builder had approached the CBI alleging that Mr Mehlawat had repeatedly called him on phone demanding Rs 10 lakh as bribe to allow the construction of a house in the posh Vasant Kunj area without any hindrance.

The councillor threatened the builder that he could not only demolish the ongoing construction project but also not allow him to “lay a single brick” in future.

After receiving the complaint, the CBI, as a standard operating procedure, provided the complainant with a digital tape recorder and an independent witness to verify the allegations.

During the conversation caught on tape, Mr Mehlawat allegedly asked for full payment of bribe to allow the construction work to go on.

“Main toh kehta hoon bhai ek baari mai kar do…baar baar se achcha hai…Hume bhi kisi ka kuch karna hota hai bhai…Ab hamari source of income salary nahi hai…aise hi hoga (I am saying pay in one go…it is better than installments…We also have to take care of others…Now our source of income is not salary…it will happen like this),” the councillor had allegedly told the builder at his office in Kaveri Apartments in Vasant Kunj.

The conversation was caught on tape and corroborated by the independent witness. It is now part of the FIR.

The CBI made public its FIR on Sunday evening nearly three days after Mr Mehlawat was arrested by the agency while taking the bribe as against the Supreme Court directive to make the FIR public within 24 hours as far as possible.

According to media reports, there were serious complaints against him from local leaders but he became a prominent face in the local unit.