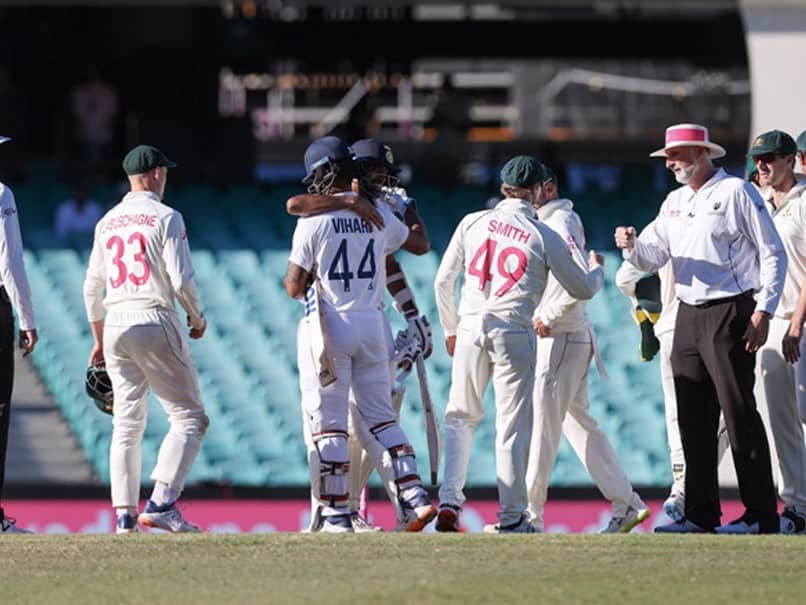 
After playing out an epic draw in the third Test match at the Sydney Cricket Ground (SCG), Australia and India on Monday retained their top two spots in the World Test Championship (WTC) standings. India is marginally ahead of third-placed New Zealand in the WTC points tally. “An incredible battle in Sydney has helped both teams retain the top two spots in the ICC World Test Championship standings. A difference of 0.2 per cent between India and New Zealand,” tweeted ICC.

New Zealand had earlier white-washed Pakistan and West Indies in the respective two-match Test series and as a result, the Kiwis had attained the number one Test ranking for the first time.

Batting out 258 balls with a fierce home team throwing everything it had up its sleeves is no mean feat. But the Indian duo of Hanuma Vihari and R Ashwin stood ground and managed to do just that as they eked out a draw in what was nothing short of an action-packed fifth day in the third Test between India and Australia.

A hamstring injury notwithstanding, Vihari hit an unbeaten 161-ball 23 while Ashwin hit 39 off 128 balls as the two defended away any hopes Australia had of registering a win. With an injured Ravindra Jadeja waiting in the pavilion, it was important for the two to ensure they saw India to the end and that is just what they did as the players shook hands with an over left.

But it all started in the morning when the team management decided to send in Rishabh Pant at the fall of stand-in skipper Ajinkya Rahane’s wicket. With the game clearly in Australia’s court, Pant decided to show why the team has backed him despite his inconsistent run. A fearless brand of cricket from him suddenly saw India walking into the lunch break with the score on 206/3. Pant’s untimely dismissal dashed any hopes India had of winning, but the boys showed great heart to eke out a draw.

India and Australia will now lock horns in the final Test of the four-match series at the Gabba, Brisbane, beginning January 15.