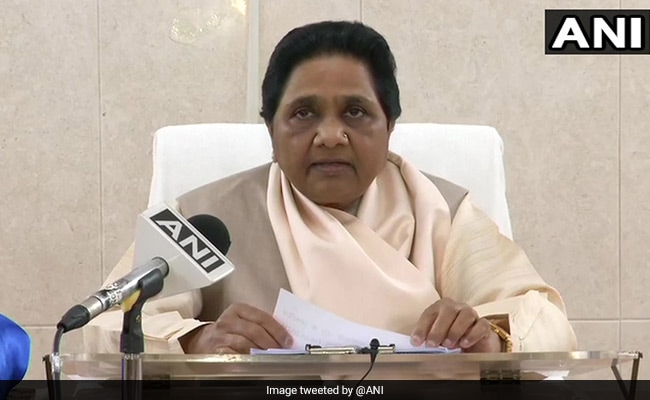 Mayawati urged party leaders in 4 states to fight polls with all their power and show positive results.

“Assembly elections are set to take place in many states of the country. Our party is contesting elections in Kerala, West Bengal, Puducherry, and Tamil Nadu on its own. We will not form an alliance with any party in these four states,” she said while addressing a press conference on the birth anniversary of BSP founder Kanshi Ram.

She also urged party leaders in the four states to fight polls with all their power and show positive results.

Mayawati further said, “Only the BSP has given its everything to take forward his work so that Dalits, oppressed, tribals, backward classes, Muslims and other religious minorities can lead a life of dignity. The BSP is working hard to prepare them.”

“In every meeting and public rally, they are told about Kanshi Ram and Baba Saheb Ambedkar, that as long as there are casteist and capitalist government and governments with narrow-mindedness at the Centre and state, there won’t be proper changes in the economic and social status of these people,” she added.