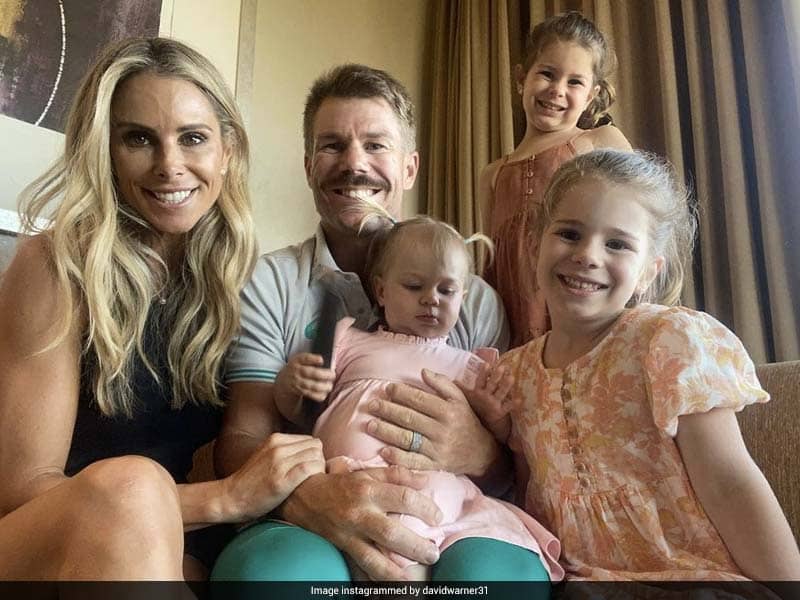 David Warner is finally reunited with his family after a period of 108 days.© Instagram


Australian opener David Warner has recently been away from his family, playing competitive cricket. Warner was in the United Arab Emirates (UAE) until recently, representing SunRisers Hyderabad in Indian Premier League (IPL) 2020. However, the 34-year-old is finally reunited with his family after a period of 108 days. Warner took to Instagram on Thursday to share a picture comprising of him, wife Candice and his daughters. “After 108 days finally I am back with my girls. Isla still won’t sit still or smile in a group pic My happy place @candywarner1 #family,” the caption on the post read.

Warner will be next seen in action, during the upcoming home series against India. The series comprising of three ODIs, the same number of T20Is and four Test matches, will begin from November 27.

The opening two 50-over matches will take place in Sydney, with the final ODI and first T20I being held in Canberra.

Action will return back to Sydney after this, with the Sydney Cricket Ground hosting the remaining T20Is. The Indian team will be missing out on the services of opener Rohit Sharma for the limited-overs leg of the series, with the cricketer still recovering from a hamstring injury.

The four Test matches will be held in Adelaide, Melbourne, Sydney and Brisbane. Team India skipper Virat Kohli will be returning home at the end of the first Test, having been granted paternity leave by the Board of Control for Cricket in India (BCCI). There is uncertainty over the availability of Rohit and fast-bowler Ishant Sharma for these four games.