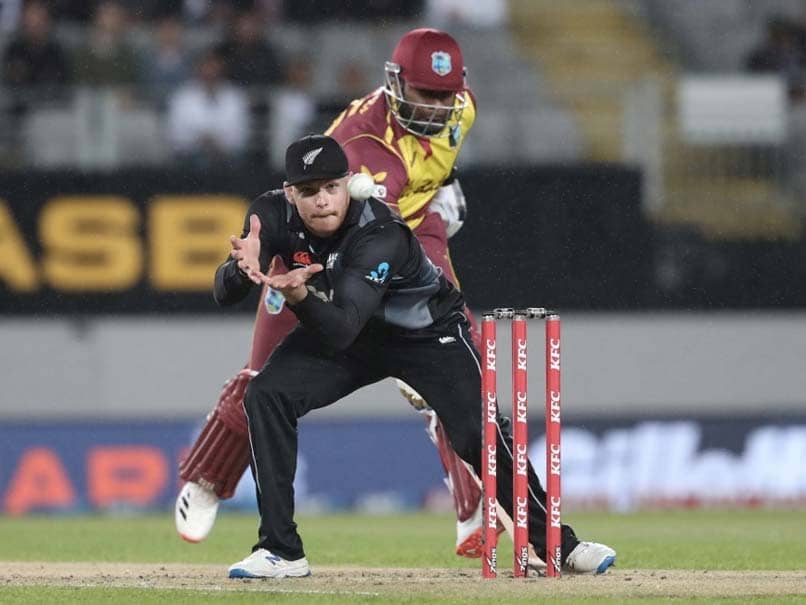 Kieron Pollard scored 75 from 37 balls for West Indies in the first T20I.© AFP


West Indies white-ball skipper Kieron Pollard on Monday admitted that he did not expect his side to be completely outplayed by the hosts in the T20I series. Pollard’s remark came as the third and final T20I of the series was called off due to rain on Monday, at the Bay Oval. Windies lost the opening two T20Is of the series, and the second match also saw Pollard’s side concede 238 runs in 20 overs. The Windies skipper also gave his take on the sloppy fielding displayed by the side in the first two T20Is of the series. The visitors were seen dropping sitters and the side also let the ball slip from their hands more often than not.

“Obviously disappointed. As a unit, I didn’t expect to be outplayed this badly. Onus was on us to compete and win the series. The conditions are totally different to where we come from. We didn’t have enough time to practice, to get middle wicket practice, like that, which is why it’s been hard to win in New Zealand. Fielding is an attitude,” ESPNCricinfo quoted Pollard as saying.

“That’s the only time it’s 11 vs 2 on the park. And if you don’t show the intent to want to do it, it’s going to be difficult. So as individuals, we have to look in the mirror. We don’t want to feel like laughing stocks in the dressing room. We have an opportunity now to think about it and come back. Next year is very crucial with the World Cup coming up. So if players don’t show that attitude, they may get the boot,” he added.

Some of the Windies players who directly arrived in New Zealand after playing the Indian Premier League (IPL) did not get much time to train as they had to quarantine themselves for 14 days.

Pollard himself did show some good form with the bat in hand, and he even played a knock of 75 runs from just 37 balls in the first T20I. Now West Indies will lock horns against New Zealand in the two-match Test series.

The Test side would be led by Jason Holder, while for New Zealand, Kane Williamson and Trent Boult will return to action. The first Test is slated to begin from December 3.