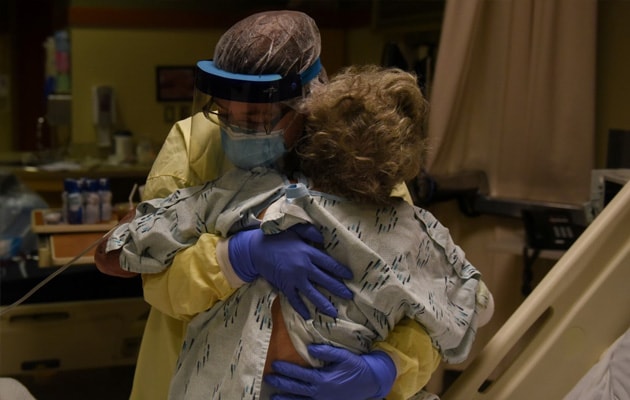 Essential workers beat out some 80 other candidates, TIME said. (File)

Essential workers — the nurses, doctors, delivery people, grocery-store employees and others who risked their lives on the frontlines during the COVID-19 pandemic this year to provide critical services to the people — have won TIME’s 2020 Person of the Year Reader Poll.

TIME said “these heroes” won with 6.5 per cent of the more than 8 million votes cast in this year’s poll, that had asked readers to select the person or group of people who had the greatest influence on 2020.

“Essential workers beat out some 80 other candidates, including famed figures like (US) President Donald Trump, Facebook CEO Mark Zuckerberg and Pope Francis, for the readers’ top pick,” TIME said.

It added that this year’s reader poll results also highlighted several other figures and groups who stood out during an unprecedented and gruelling year.

Director of the U.S. National Institute of Allergy and Infectious Diseases Anthony Fauci, who “emerged as a trusted figure amid COVID-19 misinformation”, came in at second spot with 5 per cent of the votes.

“Fauci has been on the receiving end of President (Donald) Trump’s public wrath as he raised the alarm about the US’ failure to contain the virus, and continues to be one of the most authoritative voices in the country on combating COVID-19,” TIME said.

Coming in at third place were firefighters with 4.3 per cent of the votes. “Having repeatedly risked their lives to battle historic wildfires all over the world this year, from Australia to the Western United States,” TIME said.

The Black Lives Matter activists who “led and inspired global demonstrations against systemic racism and police brutality” after the killing of several African Americans, including George Floyd and Breonna Taylor, followed in next in the reader poll with 4 per cent of the votes.

US President-elect Joe Biden, who beat incumbent Trump in a historic presidential election that saw record-breaking turnout, garnered 3.8 per cent of the votes, finishing at fifth place.

TIME editors will later this week announce the “Person Of The Year”.