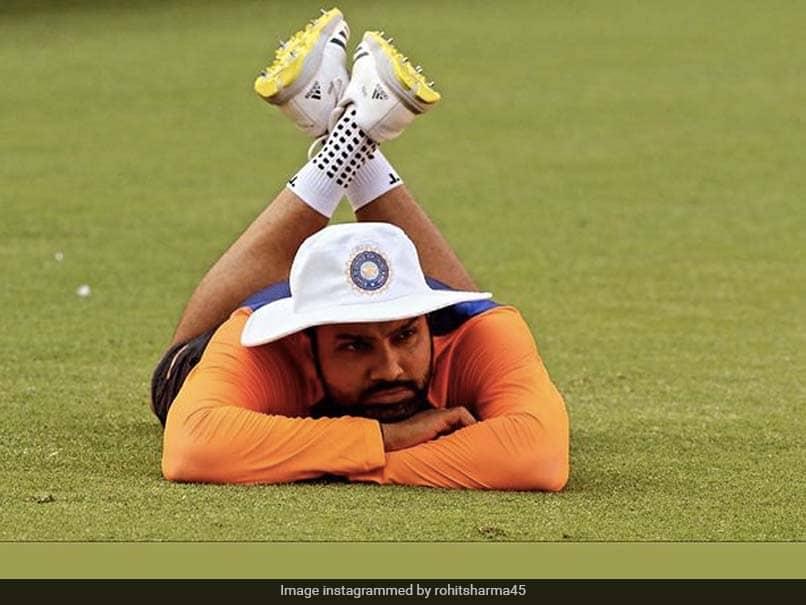 IND vs ENG: Rohit Sharma had a cheeky comment regarding the pitch for the 4th Test.© Instagram


The pitch in the third Test match between India and England has left fans wondering about what the track will be like in the upcoming fourth Test, and opener Rohit Sharma has also joined the bandwagon. India won the third Test by 10 wickets at the Narendra Modi Stadium in Ahmedabad, where the pitch received plenty of criticism. Taking to Instagram, Rohit Sharma posted a photo of himself in training gear and it was captioned as: “Wondering what would be the pitch like for 4th test”.

The pitch in the third Test match saw many batsmen getting out to straight deliveries from spinners. The match saw Axar Patel register two five-wicket hauls and finished with 11 wickets in the match.

Rohit posted the highest score by any batsman in the third Test, slamming 66 runs off 96 balls during his side’s first innings.

The win helped India take a 2-1 lead in the four-match series even as England lost their last chance to qualify for the World Test Championship (WTC) final.

After the third Test match, Rohit had stated that a batsman needs to show intent to score in such conditions. Speaking during the virtual conference after the match, he said, “When you are playing on a pitch like that, you need to have an intent and look to score runs as well. You can’t just keep blocking. As you saw that odd ball might just turn and odd ball might just skid on to stumps, when you play for turn.

“The pitch was an interesting one and odd ball was just coming in and some were taking turn. On a track like this, you need to have a clear mindset,” he had said.

The fourth and final Test begins from March 4 in Ahmedabad.