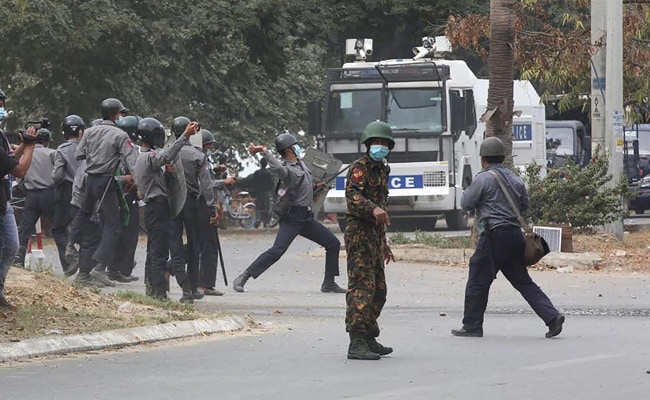 India will continue to closely monitor the recent developments in Myanmar and remains “concerned” that gains made by Nay Pyi Taw over the last decades on the path towards democracy should not get undermined, as New Delhi called on the Myanmar leadership to work together to resolve their differences in a “peaceful and constructive manner.”

“India shares a land and maritime border with Myanmar and has direct stakes in the maintenance of peace and stability. The recent developments in Myanmar, are therefore being closely monitored by India. We remain concerned that the gains made by Myanmar over the last decades on the path towards democracy, should not get undermined,” India’s Permanent Representative to the UN Ambassador TS Tirumurti said at the UN General Assembly briefing on Myanmar.

The UN General Assembly held an informal meeting of the plenary to hear a briefing by the Special Envoy of the Secretary-General on Myanmar Christine Schraner Burgener.

India called on the Myanmar leadership to work together to resolve their differences in a peaceful and constructive manner.

“India as a close friend and neighbour of Myanmar and its people, will continue to closely monitor the situation and will remain in discussion with like-minded countries so that the hopes and aspirations of the people are respected,” Mr Tirumurti said.

India underlined that restoring democratic order should be the priority of all stakeholders in Myanmar and the international community must lend its constructive support to the people of Myanmar at this critical juncture.

Mr Tirumurti told the UNGA meeting that as the largest democracy, India has always been steadfast in its support to the process of democratic transition in Myanmar for it to emerge as a stable democratic federal union.

“A significant area of our focus has been capacity building, including in the areas of constitution and federalism for political leaders and elected representatives. We believe that the rule of law and democratic process must be upheld, those detained be released and that calm prevails,” he said.

Earlier this month, the military in Myanmar seized power and detained State Counsellor Aung San Suu Kyi, President U Win Myint and other top political leaders in the bloodless coup.

In a video message to the 46th Regular Session of the Human Rights Council this week, UN Secretary General Antonio Guterres asserted that “coups have no place in our modern world” and reiterated his call to the Myanmar military to stop the repression immediately.

“Release the prisoners. End the violence. Respect human rights, and the will of the people expressed in recent elections.”

“We have continued to counsel our partners on the need for a balanced and constructive approach to this issue. For this, mobilisation of support for the developmental needs of the local people is crucial. India has been consistently encouraging stakeholders to find practical and pragmatic solutions,” Mr Tirumurti said.

Mr Tirumurti called for an “early resolution” of the issue of displaced persons from the Rakhine state of Myanmar.

“We need to ensure that the recent developments in Myanmar do not impede the progress made so far. The international community must encourage and support positive steps,” he said.

Underscoring that a “collaborative and consensus-based approach” is key to arrive at a meaningful and practical outcome, Mr Tirumurti said the international community must work to address the challenges that the concerned stakeholders continue to face so that this humanitarian problem is resolved in a timely manner.

“India will continue to work with both the Governments of Bangladesh and Myanmar to enable the earliest return of displaced persons to their homes in the Rakhine State in a manner that is safe, speedy and sustainable.”