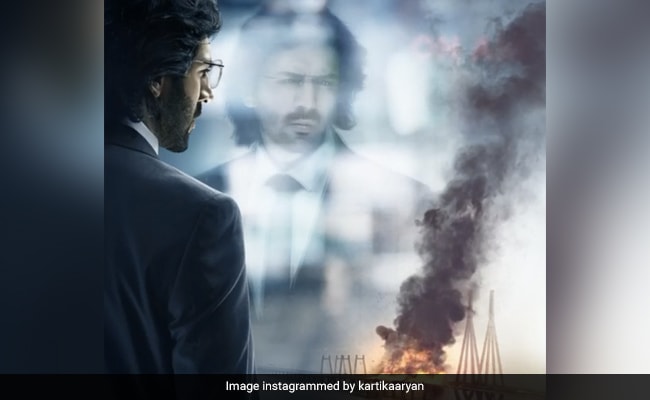 Happy birthday, Kartik Aaryan! The actor turned 30 on Sunday and on the occasion, he surprised his fans by announcing his new film – Dhamaka. The film will be directed by Ram Madhvani, who is known for helming web-series Aarya, and co-produced by Ronnie Screwvala and the director. In his latest Instagram post, Kartik Aaryan posted a motion poster of the film that shows him watching a bridge burning from a window of a building across the site. He can be seen sporting a suit, a pair of spectacles and beard in the poster. The text on the poster read, “Going live 2021,” indicating that the shooting schedule of the film will begin next year.

Take a look at Kartik Aaryan’s gift to fans on his birthday:

Dhamaka will mark Kartik Aaryan’s first project with Ram Madhvani, who has directed the 2016 film Neerja. Other details about the film have not been revealed yet.

Kartik Aaryan was last seen in Imtiaz Ali’s Love Aaj Kal, in which he shared screen space with Sara Ali Khan. It was a sequel to Imtiaz’s 2009 Love Aaj Kal, which starred Deepika Padukone and Saif Ali Khan in the lead roles.

The actor has a couple of films lined up such as Bhool Bhulaiyaa 2 and Dostana 2.