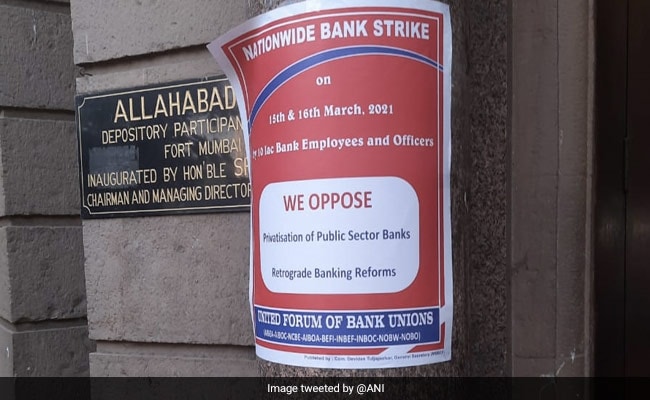 All India Bank Strike: ATMs are likely to remain functional across the country

New Delhi:
Key banking operations across the country were impacted today as nine unions called for a two-day nationwide strike against the proposed privatisation of Public Sector Banks and retrograde banking reforms. As many as 10 lakh bank employees are expected to participate in the strike called by the United Forum of Bank Unions (UFBU), an umbrella body of nine bank unions. Banks across the country were shut on Saturday and Sunday – and will not open today or tomorrow due to the strike – leading to a four-day halt of services.

Here is your 10-point cheat sheet to this big story: