Looking At All Adverse Events: India On Concern Over AstraZeneca Shots – Unblendednews
Skip to content
India 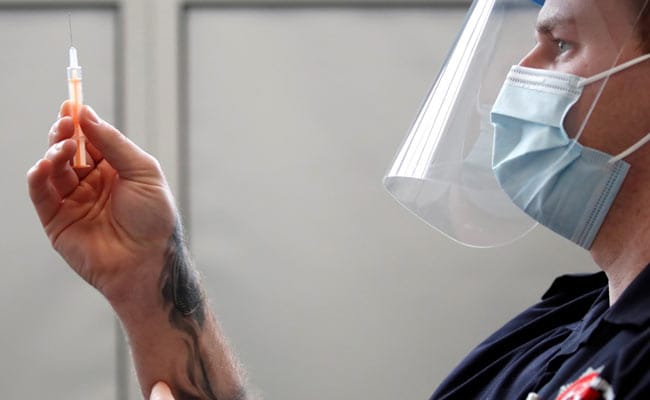 On Friday, the WHO said there was no reason to stop using AstraZeneca shot.

India is looking at all “serious” post-vaccination side effects as it carries out the world’s largest coronavirus immunisation drive, a top medical expert said today amid suspension of AstraZeneca shots in several countries over risk of blood clots. Panels are constantly monitoring “adverse events” for both Covishield and Covaxin, the expert added.

Covishield has been developed by the Pune-based Serum Institute of India, world’s largest vaccine maker, in partnership with the Oxford University and Swedish-British firm Astrazeneca. Covaxin has been developed by Hyderabad-based Bharat Biotech. Both the vaccines were cleared in January by the India’s drug regulator DCGI (Drugs Controller General of India) for emergency use.

“We are not looking at any particular vaccine at the moment. When the analysis is available, then it will be reported, according to the vaccine, if there is any concern,” said Dr NK Arora, a member of the national task force set up by – the ICMR (Indian Council of Medical Research). The ICMR is the nodal agency for the drive against coronavirus.

“We are closely looking at all the AEFIs (Adverse event following immunization) .. . for both vaccines – Covaxin and Covishied,” he stressed.

There are two types of AEFIs – mild and serious, Mr Arora explained.

“Serious post-vaccination side effects include two categories – hospitalisation and deaths. We are looking at all the serious adverse events,” he said.

Speaking to NDTV, Dr Rajinder K Dhamija, Professor, Neurology, Lady Hardinge College, who is a member of an AEFI committee, earlier this morning said, “There are strict safety monitoring protocols in place for India’s vaccine drive. There are district-level, state-level and national-level committees. So far, we’ve not come across any major side effects. Thirty cases have been reported across the world… but we don’t have proper details. This is not a matter of concern right now.”

Dr Dhamija suggested other factors also need to be considered in such cases.

Across the country, more than 2.8 crore doses of vaccination have been administered since January 16 when the rollout started. A record 20.53 lakh doses were administered just yesterday, the government data shows.

With a total of 1.13 crore infections, India has logged the second-highest number of Covid infections after the United States in the world.

On Friday, the World Health Organization said there was no reason to stop using AstraZeneca’s Covid-19 vaccine after several countries suspended the rollout over blood clot fears. “AstraZeneca is an excellent vaccine, as are the other vaccines that are being used,” WHO spokeswoman Margaret Harris told reporters in Geneva, news agency AFP reported.

“Yes, we should continue using the AstraZeneca vaccine,” she added.

The European Union has added severe allergies to the list of possible side effects. Denmark, Norway and Iceland paused the use of the AstraZeneca jab as a precaution after isolated reports of recipients developing blood clots.

Dismissing concerns, AstraZeneca insisted on Friday: “An analysis of our safety data of more than 10 million records has shown no evidence of an increased risk of pulmonary embolism or deep vein thrombosis in any defined age group, gender, batch or in any particular country” from the jab.