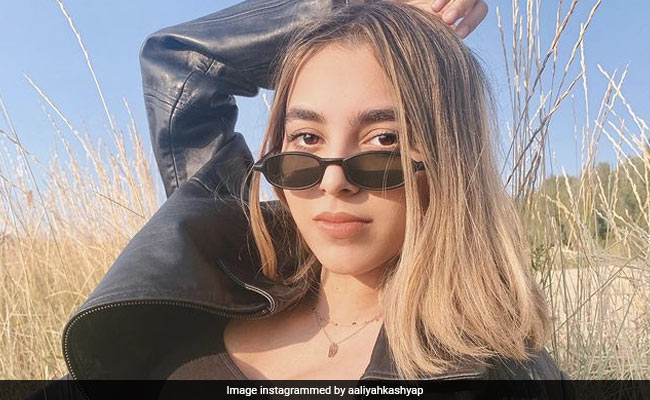 Filmmaker Anurag Kashyap’s daughter Aaliyah has been trending on social media for calling out online haters who have sent her “vile, disgusting comments” for posting pictures of herself in lingerie. After Aaliyah shared a lengthy note on Instagram about being slut-shamed along with the screenshots of rape threats and offensive comments that she has been receiving, actress Kalki Koechlin, who was previously married to Anurag Kashyap, Mandana Karimi and Aaliyah’s friends Khushi Kapoor and Alanna Panday supported her for standing up against online harassment. Khushi Kapoor is the daughter of filmmaker Boney Kapoor and sister of actress Janhvi while Alanna Panday is the cousin of actress Ananya.

In her post, Aaliyah Kashyap slammed online haters for sending her “disgusting comments” over her pictures in lingerie and talked about the online harassment women face on social media. She wrote: “The past few weeks have been really hard on my mental health. Ever since I posted a photo of me in lingerie, I have been getting the most vile, degrading and disgusting comments. I have never felt more frightened than I have in the past few weeks to the point where I considered deleting my Instagram. I have tried to ignore the harassment and shrug it off but the truth is that we need to speak about it because these kinds of comments contribute to the rape culture that affects all women in India (and the rest of the world) in one way or the other. I have grown up with these kinds of comments to the point where it culminated into me being sexually assaulted as a minor by a middle aged man.”

She added: “The double standard is that many of the people who have harassed me, along with many other women, are hypocrites. They love to pretend that they’re on a moral high ground but in reality, they are the ones promoting the rape culture that exists. They are the same men that are fine with following me and consuming the content I post yet choose to harass me. If you truly disagree with what I post, you are free to unfollow me. Nothing I do or post is an invitation for sexual assault. So, instead of policing women how to dress or how to act, we should unteach men the predatory behavior that has been so normalized in our society. This is my body, my life and I chose what I want to do with it.”

Reacting to Aaliyah’s post, Kalki Koechlin commented: “Proud of you for sharing this” while Khushi Kapoor wrote: “I love you. I’m proud of you.” Alanna Panday dropped clap icons in the comments section and Mandana Karimi’s comment read: “Proud of you.” Alaviaa Jaffrey, daughter of actor Javed Jaffrey, left blue heart icons in her comment. 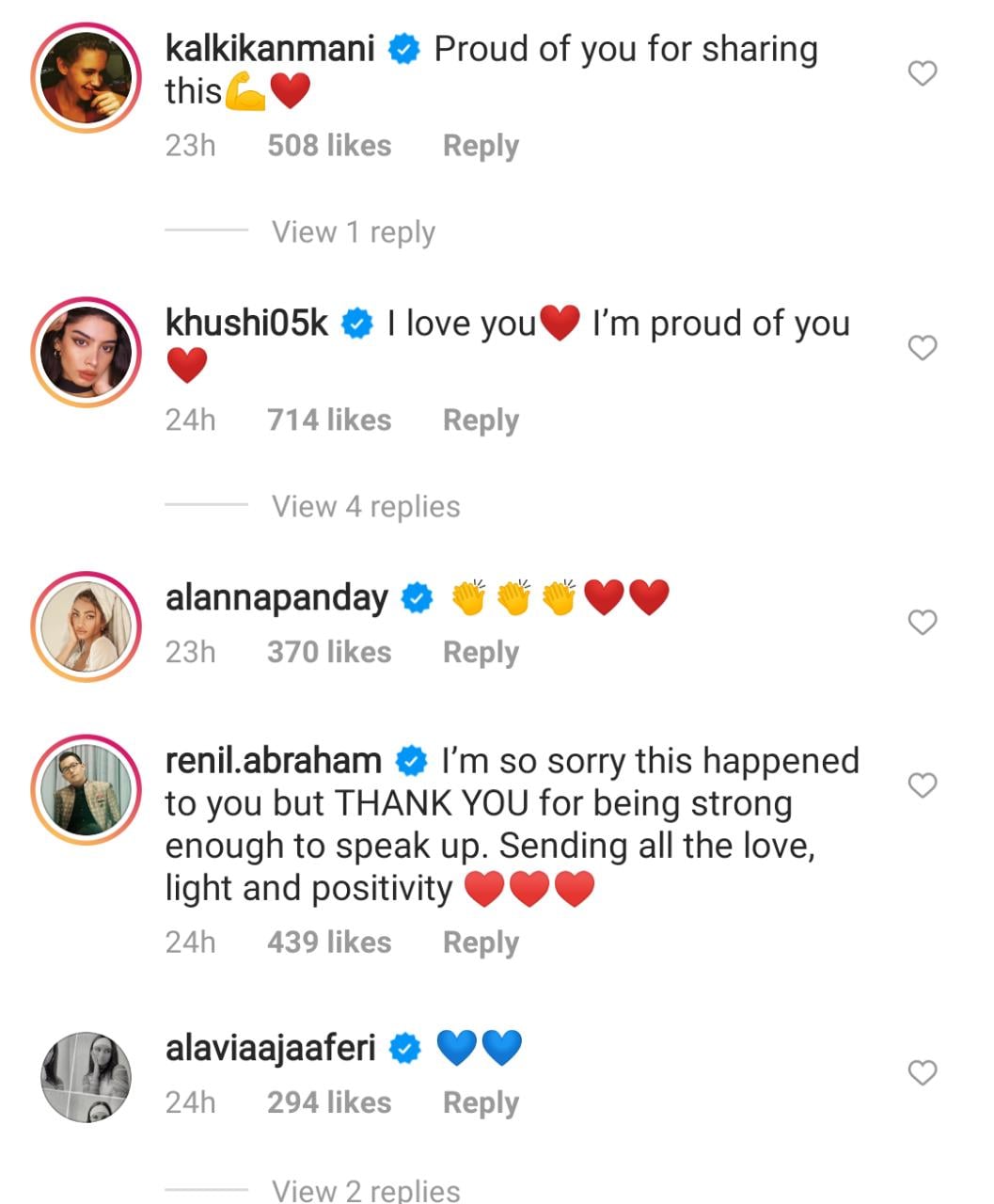 Earlier this month, Aaliyah, who is Anurag Kashyap’s daughter with his former wife Aarti Bajaj, shared a video on her YouTube channel, in which she talked about dealing with social media negativity, being related to Bollywood, battling mental health issues and her relationship – read here.