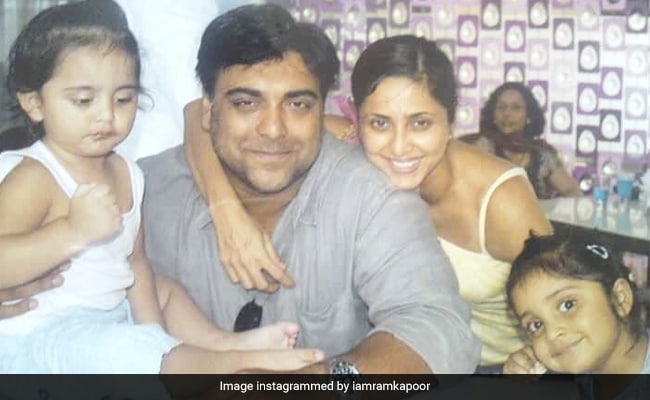 Have you checked Ram Kapoor’s latest entry on Instagram yet? It’s a true blast from the past. The actor, who has featured in several television shows and films, made a trip down memory lane and dug out an old photograph from his family album. The old picture features Ram Kapoor and his wife, actress Gautami Kapoor, posing with their kids – son Aks and daughter Sia. “Blast from the past … when my babies were actually babies,” he wrote in the caption. Reacting to the picture, Gautami Kapoor commented: “Omg! Can we turn back the clock!” In the throwback, Ram Kapoor can be seen sporting a grey shirt while the actress can be seen wearing a yellow top.

Check out the blast from the past here:

Ram Kapoor and Gautami’s love story started after they met for the first time on the sets of television show Ghar Ek Mandir. The show was Gautami’s first full-fledged small screen appearance whereas it was Ram Kapoor’s breakthrough show that made him a household name. Ghar Ek Mandir aired on television from 2000 to 2002 and the couple got married on Valentine’s Day in 2003.

On Sunday, Gautami shared a still from Ghar Ek Mandir and wrote: “Down the memory lane…… 20 years of Ghar Ek Mandir… seems like yesterday!”