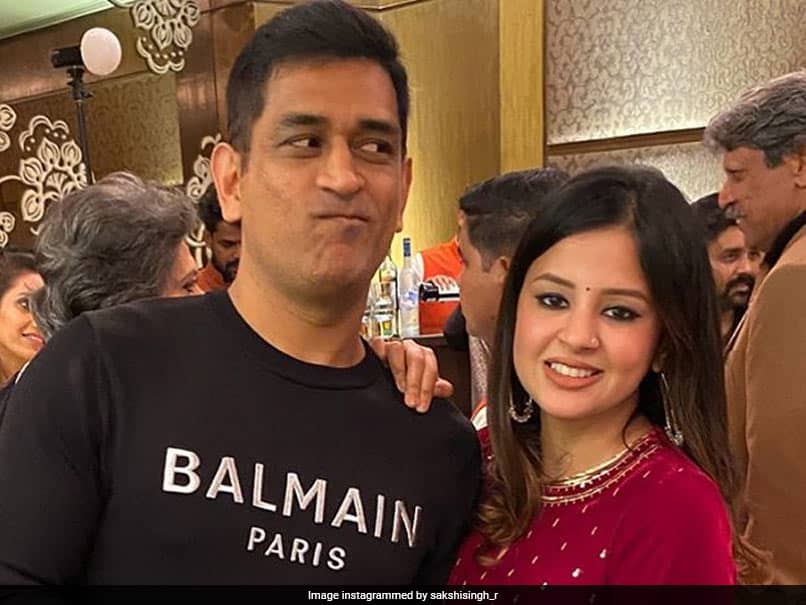 
MS Dhoni, his wife Sakshi and their daughter Ziva were spotted at Sakshi’s 32nd birthday celebrations late last night. Sakshi posted a picture in her Instagram stories that showed her husband cradling Ziva in his arms and the Dhonis surrounded by their friends. Two birthday cakes were also seen placed on the table in front of them. Sakshi posted a series of pictures in her stories to thank her friends who wished her on her birthday. This was one of MS Dhoni’s rare public appearances outside of his cricket commitments. 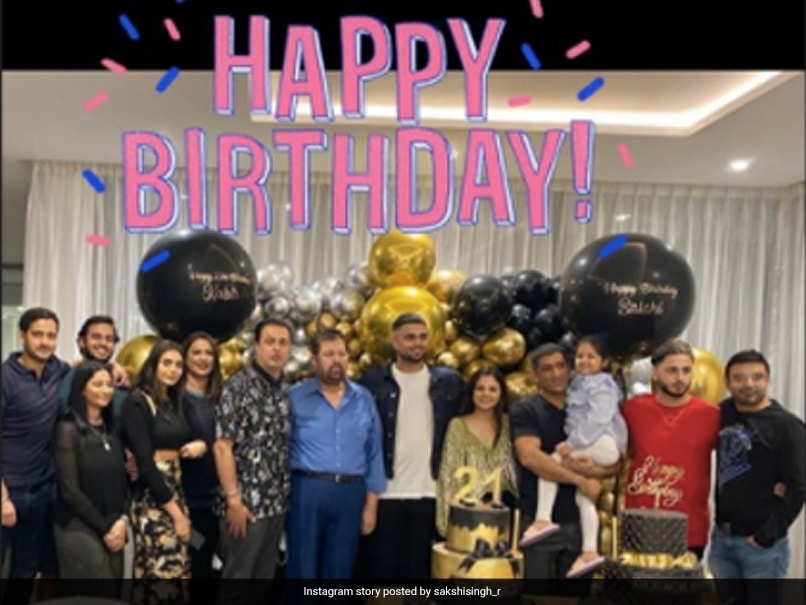 Dhoni was last seen in action during the Indian Premier League (IPL) 2020 where he led Chennai Super Kings.

However, CSK didn’t have the best season this year as they finished seventh and failed to make the playoffs for the first time in their history.

Dhoni, who had announced his retirement from international cricket in August this year, was far from his best form with the bat, too, as he managed just 200 runs at 25 from 14 matches at a strike rate of 116.27.

With the auctions for IPL 2021 around the corner, there have been calls for an overhaul of the CSK squad in order to rebuild for the future after their dismal performance in IPL 2020 where many of their senior players struggled to make any impact.

Former India opener and commentator Aakash Chopra has called on CSK to release MS Dhoni ahead of a mega auction and buy him back, if need be, through the right-to-match card.