Taapsee Pannu And Thappad Actor Pavail Gulati “Had Some Unfinished Business,” So They Will Co-Star ‘Dobaaraa’ – Unblendednews
Skip to content
Trending Stories 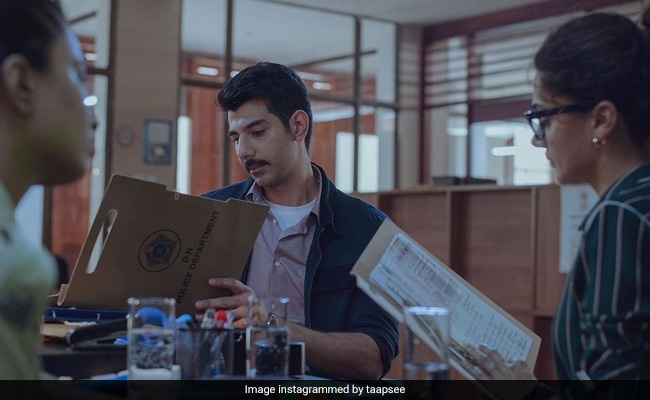 Pavail and Taapsee on the sets of Dobaaraa. (courtesy taapsee)

As Taapsee Pannu’s Thappad clocked a year on Sunday, the actress shared a post which had some memories from the Anubhav Sinha-directed film (more on that later). In a separate post, she shared a picture with her Thappad co-star Pavail Gulati, who she will soon be seen sharing screen space with in Anurag Kashyap’s Dobaaraa. Posting a picture with the actor, Taapsee Pannu wrote: “My last of the Dobaaraa series. Coz some collaborations deserve to be repeated. Since this man had some unfinished business in Thappad so this is a chance to mend his mistake. Today exactly after one year of Thappad, I can only hope he doesn’t lose the woman dobaaraa. PS _ Let’s see in which parallel universe we were meant to be.”

Other than Taapsee Pannu and Pavail Gulati,Thappad also starred Dia Mirza, Tanvi Azmi, Kumud Mishra, Ram Kapoor, Ankur Rathee, Ratna Pathak Shah, Manav Kaul. Thappad showcases the story of a happily married couple until one day the husband (Pavail Gulati) slaps his wife (Taapsee) in front of a few guests at a house party, after which the wife decides to walk out of the marriage.

The film opened to stellar reviews from critics. In his review for NDTV, film critic Saibal Chatterjee wrote: “Just a film? No. Anubhav Sinha’s Thappad, as pointed as Mulk and Article 15 but markedly less dramatic, cuts close to the bone. It is likely to reverberate beyond the darkened movie halls where it plays.”