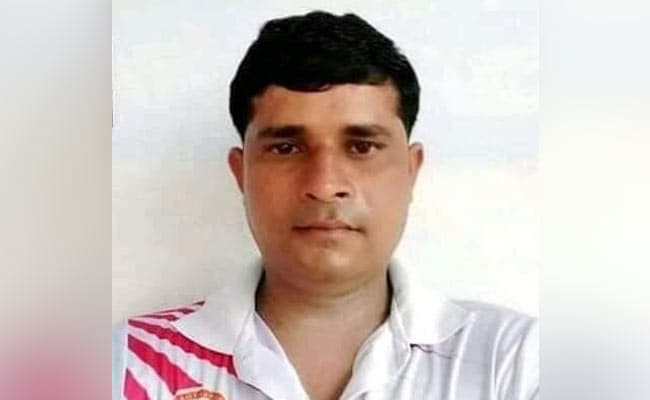 Rakesh Singh Nirbhik was a fearless reporter, according to the Balrampur police.

The Uttar Pradesh police have arrested three men, including the son of a village pradhan, for killing a 37-year-old journalist and his friend in Balrampur district, just 160 kilometres from state capital Lucknow last week.

On November 27, Rakesh Singh Nirbhik, who used to write for a Lucknow-based newspaper Rashtriya Swaroop, along with friend Pintu Sahu, 34, were found with severe burn injuries inside the journalist’s Kalwari village residence. While Mr Sahu had already died, Mr Nirbhik was rushed to a Lucknow hospital where he succumbed a few hours later.

Before he died, however, Mr Nirbhik told hospital officials he had been writing regularly against an allegedly corrupt local gram Pradhan and her son. “This is the price for reporting the truth,” the journalist can be heard saying in a 2.5-minute video even as he cries in agony.

Four days after the incident, the Balrampur police said they had arrested three people for the crime. One of them, Rinku Mishra, is the son of a local gram Pradhan. Akram, a person facing criminal cases, including one of murder, is the second person arrested. The third accused, Lalit Mishra, is a friend of Akram’s.

The police said the men doused the victims with an alcohol-based hand sanitiser before setting them on fire.

“The accused were trying to cover up the crime by making it seem like an accident. But there were many loopholes and we understood this was a conspiracy,” Dev Ranjan Verma, the Balrampur police chief, told a press conference on Monday night.

There were two motives for the murders, the police said: One was Mr. Nirbhik’s journalism. The other was a payment dispute Mr Sahu had with Mr Mishra.

“We began by questioning 17 people and the angle that became obvious was one of enmity. Rakesh Singh Nirbhik was a fearless reporter and there were many instances when he wrote against many people and recently. He said in his dying declaration, too, that he was writing against the village Pradhan,” Mr Verma said.

On (November) 27, according to the police, Mr Mishra and Mr Sahu even had an argument outside a beer bar and a fight ensued.

The police then narrated the whole sequence of events that allegedly led to the duo being set ablaze by Mr Mishra and his associates after getting the victims drunk on alcohol. They said more people will be questioned in the case and further arrests will be made if required.