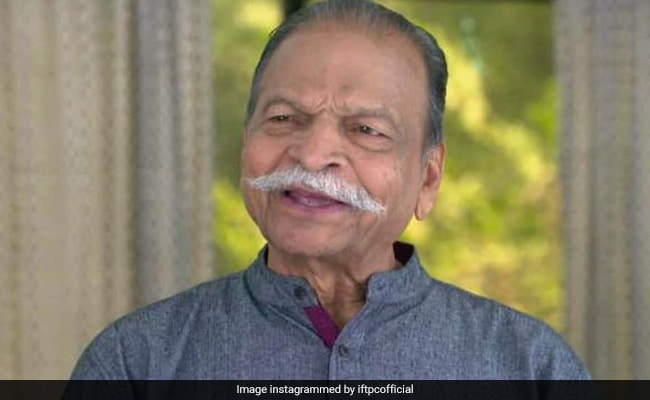 Veteran actor Ravi Patwardhan, best known for starring in the Marathi show Aggabai Sasubai and 1980s Hindi films like Tezaab and Ankush, died on Saturday following a massive heart attack, his elder son Niranjan Patwardhan said. He was 84. Ravi Patwardhan, whose career in the entertainment industry spanned about four decades, was rushed to Jupiter Hospital in Thane after he complained of breathlessness.

“He passed away due to massive heart attack last night around 9-9.30 pm. He had some breathing issues and had a seizure at home so we rushed him immediately to hospital. He stopped responding and within half-an-hour we lost him,” Niranjan Patwardhan told PTI on Sunday.

The last rites of the actor, his son said, were held in Thane around noon.

He was last seen on the popular TV series Aggabai Sasubai. Besides Niranjan Patwardhan, the actor is survived by his wife, two children and four grandchildren.