If you were to ask people outside Delhi to pick Ahmed Patel in a group photo, my guess is that even the politically aware ones would have difficulty in identifying him.

He was that kind of man. He shunned the limelight, hated giving interviews, stayed out of the limelight and loved the anonymity. Yet, for the ten years that the UPA was in power, he was one of the most important people in India; his influence was exceeded only by Sonia Gandhi and during UPA I, at least, by Manmohan Singh.

Patel was a career politician from Gujarat who first came to national attention when Rajiv Gandhi made him one of his three Parliamentary Secretaries in 1985. (There were three of them, Arun Singh, Patel and Oscar Fernandes, leading to many jokes about the Amar-Akbar-Anthony parallels.)

But after that brief splash of recognition, his career went through the usual ups and downs; sometimes, the downs were pretty bad. His fortunes changed after Sonia Gandhi took over the Congress party and looked around for people she could trust. To have been part of Rajiv’s team was a huge advantage in the early Sonia years because she took it to mean you were committed to the core Congress values of liberalism and secularism. This made Patel a perfect choice. It also helped that Patel and Sonia were a natural fit. After a few initial reverses early in her political career, Sonia had come around to the view that the days of one-party supremacy were dimming. The best the Congress could hope for was to lead a coalition of non-BJP forces.

This was well and good but it was hard to implement because the rest of the so-called ‘secular forces’ could be untrustworthy and venal. She learned this the hard way in 1999 when, after the AB Vajpayee government fell and an opposition coalition was set to take office, the Samajwadi Party broke the coalition and conducted secrets talks with the BJP’s LK Advani.

Sonia Gandhi needed somebody who was soft-spoken and persuasive enough to get other parties on board for possible coalition-building, but one who would not betray her trust or misuse his authority. Patel was just that kind of person. He had no high-profile political ambitions, was deeply committed to fighting the BJP ideology and was well-liked across the political spectrum. 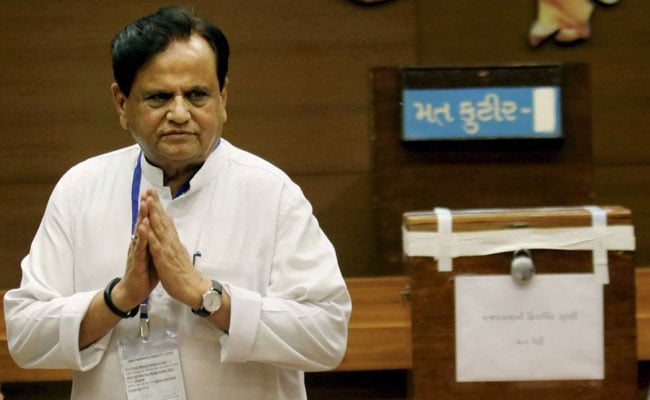 Sonia and Patel made a perfect team perhaps because, at some level, they were alike. Both were shy, slightly unwilling to trust the extravagant promises of other politicians and awkward about being in the public eye. But unlike Sonia, who sometimes took a little time to warm up to strangers, Patel had been around politicians most of his adult life and knew how to talk to them.

Between 2002 and 2004, Sonia Gandhi re-invented the Congress as a party that spoke up not only for liberal, secular values but one that recognized that the benefits of economic reforms had not been fairly allocated to all sections of society. While she shaped this message, Patel served as her ambassador in the political world, keeping her informed of what was going on and cultivating future allies. When, against the odds, the BJP was defeated in 2004 because of the platform Sonia had constructed, it fell to Patel to help create the coalition that later become the UPA. He did such a good job of stitching up alliances and lowering the expectations of greedy allies that Sonia Gandhi even said to me, in an on-the-record interview, that she could never have done it without him.

The Sonia-Patel team worked well all through UPA I, but after the Congress won its second election, the problems began. There was the vacuum caused by Sonia’s absences owning to health issues. The rise of Rahul Gandhi led to speculation that Patel was less at home in a changing dispensation. The prevailing strategy in parts of the Congress went against coalitions and became no-alliances-we-go-it-alone. And finally, as things began to go wrong for the government, Manmohan Singh retreated into silent hibernation while his spectacularly inept PMO mishandled the situation. 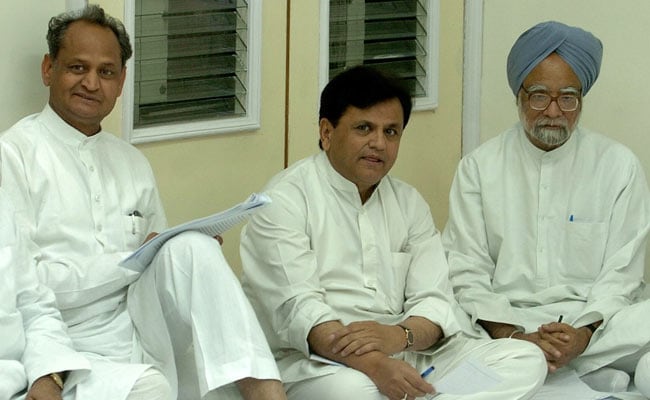 By the end, Patel and Pranab Mukherjee were spending hours together every night trying to sort out the messes that the government had created. But it was too little and the government was being pulled in so many different directions that there was no way that Patel could hold the fort. He once told me, exasperatedly, that it was clear that the Prime Minister had lost control of the government: there were no policies, there was no direction, it was all firefighting.

And as the Modi phenomenon grabbed the public imagination, the Congress that Sonia had constructed begun to confuse its supporters. Sometimes it was still the reasonable, moderate party that wanted to help those on the margins of society, one that made common cause with allies. And sometimes, it was back to pretending that the the old days were back, of acting like it was the boss once again with a charismatic leader who would sway the masses. Whatever it was that this new avatar of the Congress tried, it never worked and the feeling grew that the leadership had become mercurial, capricious and cut off from the soul of the party.

I have no idea how Patel felt about any of this because he was too discreet to say a word. But till the end, he remained by Sonia’s side, low-key and loyal. Like the rest of us, he probably had no idea where the Congress is headed. On the other hand, nobody can take away his place in political history: the ten years during which he had played such a key role in Sonia Gandhi’s re-invention of the Congress and in its period of glory.

He was truly a man for his times.

(Vir Sanghvi is a journalist and TV anchor.)