“Win By Even One Vote Is Ultimately A Victory”: Nitish Kumar – Unblendednews
Skip to content
India 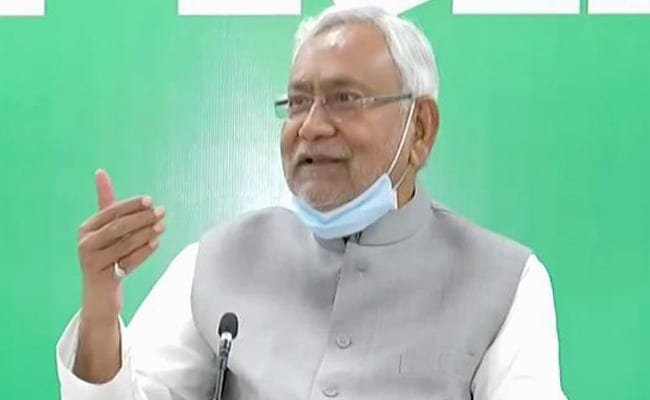 Victory even by one vote is ultimately a victory, said Nitish Kumar. (FILE)

In a bid to blunt the RJD’s assertion that the NDA managed to win the Bihar assembly election by getting only 12,270 votes more than the Grand Alliance led by the party, Chief Minister Nitish Kumar on Friday said that victory by even one vote is ultimately a triumph.

If anyone thinks that irregularities have been committed in the election, he can move the court for the redressal of grievances, Mr Kumar said in the assembly while replying to a debate on the Motion of Thanks to the Governor’s address.

“Victory even by one vote is ultimately a victory. We have 125 (seats) and anyone having 122 would form the government. If anyone thinks that something wrong has been done (in the assembly election), he can move the court which will hear the case and give its ruling,” Mr Kumar said.

Leader of Opposition Tejashwi Prasad Yadav of the RJD, while participating in the debate earlier in the day, said that the NDA emerged victorious by getting only 12,270 votes and 16 seats more than what the Grand Alliance secured.

Mr Yadav also said that the JD(U) headed by Kumar finished a poor third in the election even after contesting as a partner of “the world’s largest party (BJP).”

The chief minister, without naming the RJD leader, said, “I would request you to maintain some decorum and dignity if you want to prosper in life.”

Mr Kumar said that the government has already issued directions for carrying out the paddy procurement work and set a target of procuring 30 lakh tonne paddy in the state in the current season.

Stating that his government has worked for every section of the society and every region of the state, Mr Kumar said that he will prepare a plan of action for carrying out development programmes.

Stern action would be taken against erring officials if members inform the government of any irregularity in the implementation of the “Saat nischay” development schemes, he said.

The CM also talked about the development work his government has done in the fields of education, health, power, agriculture and roads.

On tackling the COVID-19 pandemic, Kumar said that over one lakh tests are being conducted daily in the state.

“COVID cases are increasing globally and some of the states have also witnessed a spike in cases recently. There is a chance that cases may rise here (in Bihar) too,” he said.

The coronavirus situation is good in Bihar but there should be no complacency, he said and urged the people of the state to follow COVID safety protocols properly.

The motion of thanks to the governor’s address was passed by voice vote.

Members of opposition – the RJD, Congress, AIMIM and the Left parties – walked out after voting on the motion had taken place.